Philip Seymour Hoffman’s death from an apparent heroin overdose has brought renewed attention to the drug’s increasing popularity in the United States. Fueled by a boom in supply and a decline in cost, heroin use is up around the nation and spreading to segments of the population once considered unlikely users.

Heroin use has been rising since 2007, growing from 373,000 yearly users to 669,000 in 2012, according to the Substance Abuse and Mental Health Services Administration (SAMHSA). Heroin overdose deaths have also spiked, increasing 45% from 2006 to 2010, according to the most recently available data from the Drug Enforcement Administration. And the geography of the drug’s users has also expanded. Once considered a largely urban problem, law enforcement and public health officials are seeing an uptick in suburban and rural users.

There are two key reasons for heroin’s resurgence: A larger, cheaper supply stemming from an increase in heroin importation by Latin American cartels, and a bigger market for opiates, driven by prescription painkillers.

(PHOTOS: An Intimate Look at One Woman’s Struggle with Heroin)

Law enforcement has been seizing more heroin— the amount the DEA confiscated at the southwest border almost quadrupled between 2008 and 2010 according to Joe Moses, an agency spokesman— and what they don’t catch is spreading around the country. Heroin imported by Mexican cartels used to be sold and consumed mostly west of the Mississippi, says Moses. Now, as Mexican heroin production has increased, it is being distributed across the east coast and midwest.

“Heroin is the drug of choice for street gangs,” says Jack Riley, a Special Agent in charge of the DEA’s Chicago Field Division. He says the region’s influx started about three years ago, when Mexico’s Sinaloa Cartel began importing heroin through Chicago. “We are seeing it in places like Indianapolis, Madison, and Milwaukee— places where traditionally we really didn’t see uptick in heroin.”

The increase in supply has led to a much cheaper and purer product. The street price of a standard bag of heroin in Chicago is now $10 for 7-10 percent purity, according to Riley. “Ten years ago, we saw a different type of heroin. It was going on the street at 2-3 percent purity [and selling for] $50-$150 if you could find it.” Purity matters because it allows the drug to be taken without a needle. When heroin was cut with so much filler, it required a user to inject it into their body to achieve the desired high. The purer versions currently available can be smoked or snorted, which make them more appealing to teenagers, the college-educated and “people who normally wouldn’t come near it for fear of the needle,” says Riley. “That’s why it is spreading.”

Dr. Melinda Campopiano, a SAMHSA Medical Officer, agrees. “When you can snort it as oppose to inject it, it widens the audience for heroin, unfortunately,��� she says. “I think the most important driver behind the increase in number of people using heroin is its cheap, widely available, and pure enough to snort.”

This rise in cheaper, purer and more readily available heroin has coincided with a law enforcement crack down on illegal prescription pill providers. Some 6.8 million Americans abuse prescription pills, according to SAMHSA’s 2012 National Survey on Drug Use and Health, and popular opiates like OxcyContin, Percocet, and Vicodin have become increasingly hard and costly to obtain on the black market in recent years. In 2010, OxyContin changed its formula to make the pill harder to crush and dissolve, and, therefore, abuse.

Heroin is part of the same family of drugs as those opiates. A SAMHSA study from August of 2012 found that people aged 12 to 49 who had abused prescription pain killers were 19 times more likely than those who hadn’t to try heroin in the previous year. And even though only 3.6 percent of people who abused painkillers went on to use heroin within the next five years, public health officials are worried about a link. Opiates, says Dr. Nora Volkow, the director of NIH’s National Institute on Drug Abuse, “created a market that made heroin more available.” 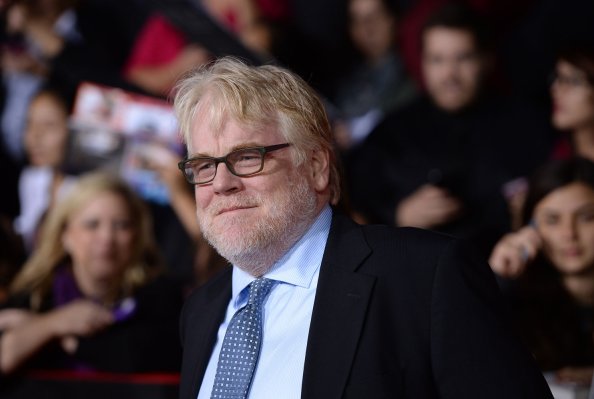 Philip Seymour Hoffman Didn't Have to Die
Next Up: Editor's Pick