As we get closer to Election Day, presidential candidates are sharing more of their proposed policies on a number of issues they believe to be important to voters and the country. At a town hall Wednesday taped for the Fox show Hannity, someone in the audience asked Donald Trump how he will address “black-on-black” crime if he became president. He responded that he’d “do stop and frisk—I think you have to.”

Trump went on to say that stop and frisk “worked incredibly well” in his hometown, New York City, and by implication, that this style of policing protected innocent black people from black people with criminal intent. (On Thursday he walked back his comments and said he was referring specifically to its use in Chicago.)

But studies have shown that that just isn’t true. In New York City in 2010, people of color accounted for 87% of those stopped by police, 54% of them Black in a city where just 25% of the population was Black. In addition to this sharp racial disparity, 86% of all the people stopped by police were innocent. Not only do these statistics prove the program is completely ineffective, they help explain strained relations between law enforcement and people of color and the feelings of humiliation and demoralization that victims of baseless stop and frisk often experience.

New York is not unique. The ACLU has found the same kind of racial disparities in stop and frisks in Chicago, Boston, Philadelphia, and Newark. In all these places the results are the same – racial profiling, innocent people harassed, police abuse of power occurring on a large scale.

This vision does not keep black people safe. Stop and frisk produces the opposite—increasing tension and confrontation between police and communities of color.

This week, the Massachusetts Supreme Court described how stop and frisk creates unnecessary and damaging conflict between Boston police and the people they serve. The court cited findings by the ACLU that stop and frisk in the city “disproportionately and repeatedly targeted” people of color. Further, the Justices noted that a black male in Boston, “when approached by the police, might just as easily be motivated by the desire to avoid the recurring indignity of being racially profiled as by the desire to hide criminal activity.” That is what we get from stop and frisk, an endless cycle of intimidation and violence.

All candidates should feel obligated to provide their supporters with facts when proposing policies. Simple, sound bite answers offering failed solutions to complex problems do not move us forward as a nation. We deserve and should demand better. 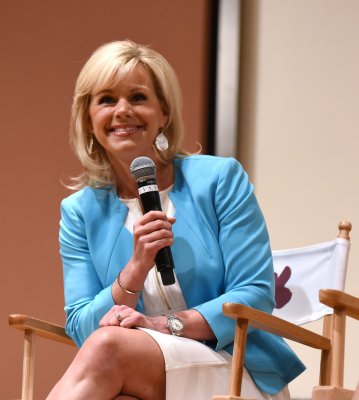 How Gretchen Carlson’s $20 Million Settlement Is a Rip-Off
Next Up: Editor's Pick