What We're Missing About Emmett Till's Impact on the World

A photo of Emmett Till is included on the plaque that marks his gravesite at Burr Oak Cemetery in Aslip, Ill. Seen here in 2005.
Scott Olson—Getty Images
By James C. Cobb

Sixty-one years ago, on Sept. 23, 1955, a Tallahatchie County, Miss., jury acquitted Roy Bryant and J. W. Milam despite a pile of damning evidence that the two had abducted, beaten and then shot Emmett Till. Till was a young Chicagoan scarcely a month past his 14th birthday who, they said, had violated a strict racial taboo by whistling at Bryant’s wife. Since that day, the Emmett Till case has often been cited as both a catalyst for the Civil Rights movement and, more recently, as a trigger for black mobilization on a scale comparable to the Black Lives Matter movement.

Understandable as these conclusions might be, they are reachable only via certain historical shortcuts.

After Emmett’s body was fished from the Tallahatchie River, with his neck bound by barbed wire to a cotton-gin fan, his mother, Mamie Till Bradley, was determined to let “the world see what they had done to my boy.” She insisted on an open-casket funeral, which revealed a corpse so horribly bloated and bludgeoned that it was barely recognizable as human. Not only did tens of thousands of mourners in Chicago file by the horrific sight in the casket, but when Jet Magazine ran an exclusive photograph of Emmett Till’s battered and bloated head, that issue sold out so quickly that more copies were printed, and the photo ran the following week as well.

The trial itself drew coverage from the major television networks and more than 70 reporters and photographers, representing such major print outlets as the New York Times, LIFE, Look and TIME, and several black newspapers and magazines and a sprinkling of foreign publications as well. The proceedings offered a real-life template for a southern courtroom drama straight out of central casting, complete with a big-bellied sheriff spewing racial epithets and a defense attorney who exhorted an all-white jury in a 63% black county to do their “Anglo-Saxon” duty by freeing the defendants. Compounding the affront to justice, in January 1956, Look Magazine published a story in which Bryant and Milam admitted to the crime, with Milam explaining coldly he had decided to “make an example” of young Emmett “just so everybody can know how me and my folks stand.”

Still, the furor over Till’s murder and the subsequent trial did not translate immediately into a more urgent national outcry for change.

With Cold War anxieties rendering social agitation seriously suspect, a year after Emmett’s slaying scarcely 6% of Gallup Poll respondents outside the South thought the civil-rights cause was the nation’s most pressing issue. Meanwhile, fearful of blowback, television executives forced award-winning screenwriter and Twilight Zone creator Rod Serling to eviscerate not one but two screenplays (in 1956 and 1958) based on the Emmett Till story, by cutting out any reference or suggestion of southern settings, characters or racial practices.

If author John Egerton was correct in observing that while the Till case “stirred the nation’s conscience momentarily, the attention span was short and the South slipped back into the shadows,” what of its supposed catalytic effect on the crusade to end racial injustice?

It was true enough that, when questioned about it, Rosa Parks admitted that thinking of poor Emmett had strengthened her resolve in the three-month interval between his death and her act of defiance that sparked the Montgomery Bus Boycott in December 1955. Yet plans for such an action had not only been in the works well before Till’s slaying, but were also modeled on a similar boycott by blacks in Baton Rouge two years earlier. NAACP leaders in Mississippi and elsewhere were also filing petitions for compliance with the Brown v. Board of Education decision before Till’s murder.

While the adult generation of black activists were vividly familiar with the South’s long history of racial atrocities, their children, especially those in Emmett’s age group, were much more vulnerable to the horrors of the Till affair, especially the terrifying casket photo. Cleveland Sellers would later recall that he felt the ghastly figure in the casket “could have been me or any other black kid around that same age.” It was surely no coincidence that it would be four frustrated members of the Till generation who boldly took seats at an all-white lunch counter in Greensboro in 1960. This action, in turn, helped to spawn the Student Non-Violent Coordinating Committee, whose more aggressive and confrontational approach attracted a number of Till’s peers, including Sellers and Joyce Ladner, who could easily identify “ten SNCC workers who saw that picture [of Till’s body] in Jet magazine, [and] remember it as the key thing about their youth that was emblazoned in their minds.”

Instead of an immediate and dramatic spark for black activism, the Emmett Till tragedy proved more akin to a seed pod, which, at maturity, released a deferred but timely burst of pent-up energy from a generation whose adolescence had been abruptly seized and held hostage by fear.

Current concerns about an extended spate of controversial killings of black Americans have stirred several well-known filmmakers to revisit the Till story. This is welcome news, but comparisons that liken the impact of the 1955 murder of Emmett Till to that of the 2014 Ferguson, Mo., slaying of Michael Brown—which is seen as triggering the Black Lives Matter movement—are once again cutting some historical corners.

For one thing, an aggressive, broad, yet remarkably coordinated response even remotely on the scale of the Black Lives Matter campaign was well beyond the capacity of black leaders of the mid-1950s to imagine, much less implement, especially for those struggling desperately in the South to mobilize their impoverished, disfranchised and disaggregated constituencies in the face of the same virtually unchecked reign of terror that claimed the life of Emmett Till. And more importantly, since it has taken some six decades to appreciate the impact of Emmett’s death as more generational than spontaneous, it follows not simply that time may also change our impressions of recent events, but that the full significance of the deaths of young people like Michael Brown and Trayvon Martin may be discernible only in their enduring effect on the later lives of people of their own generation as well. 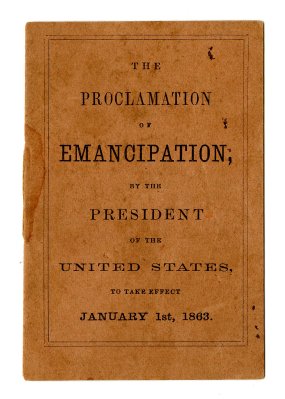 Preview the Collection of the National Museum of African American History and Culture
Next Up: Editor's Pick