The Indiana Fever kneel during the National Anthem before the game against the Phoenix Mercury during Round One of the 2016 WNBA Playoffs on September 21, 2016 at Bankers Life Fieldhouse in Indianapolis, Indiana.
Ron Hoskins—NBAE/Getty Images
By Julia Zorthian

The entire Indiana Fever team linked arms and knelt during the national anthem before a WNBA playoff game Wednesday night, marking the first time a professional team did so together.

As demonstrators filled streets in Charlotte, N.C. to protest the police shooting of a black man, the Fever players showed offered their own version of protest of police shootings, adding to the series of athletes who have recently knelt during the national anthem. Two members of the opposing Phoenix Mercury team also knelt while the music played, the New York Times reports.

Read More: All Across the Country, Athletes Are Fueling a Debate About How America Defines Patriotism

The players did not tell their coach Stephanie White about the plan to kneel beforehand, but star player Tamika Catchings said White praised the players afterward.

“When we got into the huddle,” Catchings said, according to USA Today, “[White] looked at each one of us and said she was proud of us.”

The Fever ended up losing to the Mercury 89-78, ending their season. 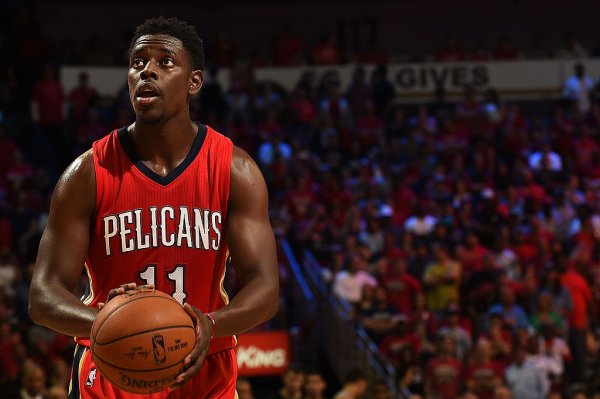 Jrue Holiday to Take Time Off to Care for Pregnant Wife With Brain Tumor
Next Up: Editor's Pick