Customers browse mobile phone handsets as a sign sits above the entrance to a T-Mobile store, operated by Magyar Telekom Nyrt., in Budapest, Hungary, on Monday, Nov. 2, 2015.
Bloomberg—Bloomberg via Getty Images
By Aaron Pressman / Fortune

T-Mobile suffered a national outage of its high-speed LTE wireless service on Wednesday night and into Thursday morning.

After widespread complaints about the outage on Twitter and other social media, the third-largest wireless carrier acknowledged the problem at 3:30 a.m ET. “We’re aware of reported instances of LTE outages,” T-Mobile wrote from its official account. “So sorry for any inconvenience. Our engineers are on it right now working hard to resolve.”

A few hours later, T-mobile said the problem had been resolved. “Annnnnd we’re back! Appreciate everyone’s patience,” the company tweeted.

The outage comes at a tricky time as T-Mobile is battling for customers in the increasingly competitive mobile market. Verizon has touted the quality of its network as a major reason why customers should stick with its service, while Sprint has also been playing up improvements in network quality in recent ads.

And some competitors jumped on social media to make sure no one missed the connection. “‘RELIABLE’ isn’t an advertising buzzword, it is tangible,” Verizon spokesman Jeff Nelson tweeted. “Last night, customers of a Verizon competitor learned that the hard way.”

T-Mobile has not announced any kind of promotion or compensation for customers hit by the outage. Cricket Wireless, the prepaid service owned by AT&T, suffered a short outage in June, offering customers a $5 credit to make up for the lost service. 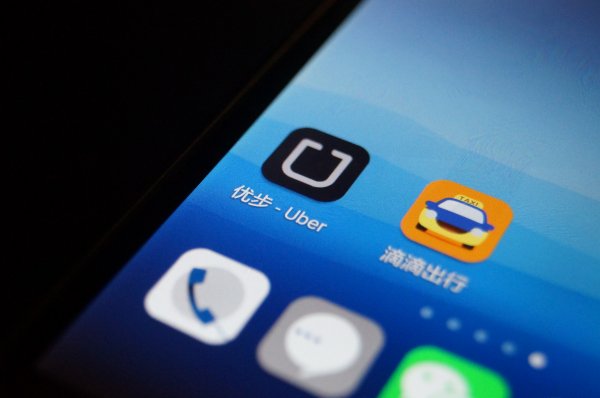 Uber 'Ghost Drivers' Are Scamming People in China
Next Up: Editor's Pick