James Corden was more than happy to vie for the chance to woo Renee Zellweger in Bridget Jones’s Baby.

On Wednesday, The Late Late Show released Corden’s “audition tape” and, well, there’s a reason that Patrick Dempsey eventually got the part.

It turns out that Corden is a huge fan of Bridget Jones. “This is so exciting. Thank you so much for the opportunity,” Corden told Zellweger before his audition.

He had a few ideas to improve the script, including playing the role as Harry Potter, Gandalf, Austin Powers, Bert the street musician from Mary Poppins, Queen Elizabeth (with corgi), and, of course, Sherlock Holmes: “I’ve eliminated the impossible,” said Corden as Holmes, “and what remains highly improbable is that this baby belongs to another man.” In short, Patrick Dempsey did not have much competition from Corden for his role. 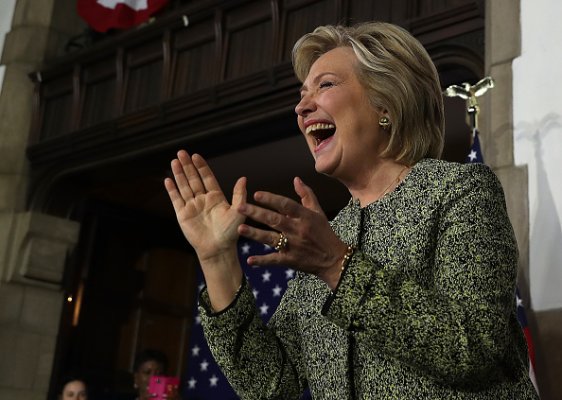 Watch Hillary Clinton Joke About Donald Trump With Zach Galifianakis on 'Between Two Ferns'
Next Up: Editor's Pick