Maladies and Miracles in Emma Donoghue's The Wonder

In her new novel The Wonder, Emma Donoghue (Room) again tells the story of a woman struggling to protect a vulnerable child. Anna O’Donnell is a Catholic girl in 1850s Ireland who has not eaten since her 11th birthday, four months before the story begins. She says she lives on “manna from heaven” and drinks only water. And she seems to be mostly fine. Believers say it’s a miracle; doubters say it’s a hoax.

The novel’s protagonist, Lib Wright, is an English nurse who’s been brought in to monitor Anna for two weeks and testify as to whether she’s truly subsisting without food. Lib is a woman of science and rather intolerant of Catholics–she clashes like plaid on polka dots with Anna’s sanctimonious mother. But she does care deeply about Anna. The girl’s health is not perfect when Lib arrives, but after the first week Lib wonders if her presence has turned a sham into the real thing, forcing Anna to truly go without food while under 24-hour surveillance–and potentially pushing her toward the grave.

Donoghue is a master of plot, and her prose is especially exquisite in depicting ambiguity. “Wasn’t bogland known to harbour disease?” Lib muses when she arrives in the green countryside, admired by so many as a starkly beautiful landscape. “Clearly the Irish Midlands were a depression where wet pooled, the little circle in a saucer.”

Anna, who believes her brother who died months earlier is in purgatory and spends hours reciting prayers to get him out, seems like a relic of the Middle Ages. But Lib is a heroine the modern woman can admire. She may not be a believer, but she is a crusader, and her rebellious compassion shapes the novel.

This force of optimism in the face of ignorance and apathy leads to a very tidy dénouement. “With man this is impossible,” says Jesus of the miracle of redemption in Matthew 19, “but with God all things are possible.” In The Wonder, Gospel-like in its concern with adversity and hope, miracles are possible–perhaps through God, perhaps through woman. 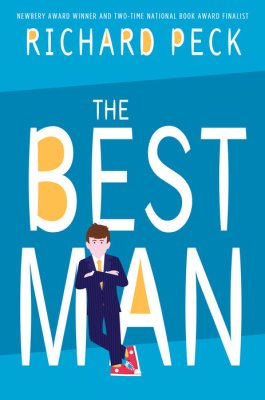 Coming of Age at a Gay Wedding in Richard Peck's The Best Man
Next Up: Editor's Pick