There are at least seven reasons to remake The Magnificent Seven, John Sturges’ larkish 1960 western, itself a retooling of Akira Kurosawa’s rousingly elegant 1954 epic Seven Samurai: at any given time, there are always at least seven young-to-middle-aged male actors ready to strap on holsters and peer out from beneath rakishly tilted cowboy hats. Because really, what could be cooler?

But Antoine Fuqua’s new Magnificent Seven–in which Denzel Washington’s bounty hunter Sam Chisolm leads a septet of mercenaries after a greedy mining magnate bent on destroying a town–is cool only in the most strained, trying-too-hard way. Which means it isn’t cool at all. And if the best westerns have always been, in some way, studies of contemporary manhood, it’s worrisome to think about what this Magnificent Seven says about men today.

Whatever’s wrong with the picture isn’t necessarily the fault of the cast, which includes Ethan Hawke as a haunted former Confederate soldier, Chris Pratt as a waggish gunslinger and, best of all, Vincent D’Onofrio as a grizzled iconoclast who’s a cross between Santa and Chimes at Midnight–era Orson Welles. Byung-hun Lee, Manuel Garcia-Rulfo and Martin Sensmeier round out the group as, respectively, an Asian guy who throws a mean knife, a Mexican bandit on the run and a Comanche who doesn’t need a gun (or hat) to prove himself as a fighter. Even if none of them emerge distinctly, Fuqua is at least reaching toward the idea that the very people America has typically shut out often embody its finest values. (And it’s never mentioned that the seven’s leader is a man of color. Because why should it be?)

As Chisolm, Washington grinds away at the movie’s spirit with his dull nobility. He’s often a marvelous actor, in performances ranging from teasingly sly to stonily grave, but here, he’s so unreproachfully earnest that the movie sags around him. It doesn’t help that the story line gives Chisolm clear motivation for wanting to go after the villain, played by a lizard-like Peter Sarsgaard. Washington’s character is a world apart from Yul Brynner’s in the original, who takes the gig for no reason other than the challenge, only to dig into it wholeheartedly on principle, a kind of heroism whose very casualness gives it meaning.

The heroism of this Magnificent Seven is actually more conservative than that of most 1950s or early ’60s westerns: even when dead bodies start piling up, we don’t really see how much the blind bravery of these men costs them–it’s simply what’s expected of them. The picture is action-packed but mindlessly so, and it’s neither light enough to work as a coltish entertainment nor smart enough to cut beyond anything but the most rote notions of masculinity. The final showdown is elaborate and raggedly violent, without being rousing. We know something’s at stake because we’ve been told so repeatedly–only it’s all too easy to forget what that something is. Retooling the western for the modern age, Fuqua has drained away everything that made classic westerns classic in the first place. His magnificent seven are merely so-so, a bunch of dudes we settle for with a sigh, as if it were our fault for expecting more. 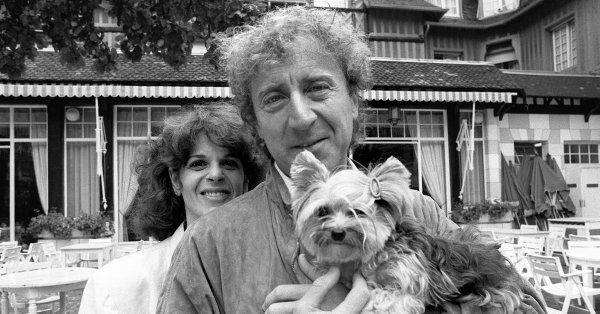 Inside Gene Wilder and Gilda Radner's Romance
Next Up: Editor's Pick