Heroin, Obamacare and Pride: Why Trump Is Finding an Audience In Southern Ohio

I had a memorable experience in Jackson, Ohio, in 2012. This is hillbilly country, the northwestern edge of Appalachia. Susan Rogers, who works for a local public-service agency, asked me to come visit. She put together an extraordinary group of people–ministers, government workers, the mayor, the state representative–all of whom, it seemed, had friends, family or neighbors who were in jail or rehab, victims of the methamphetamine plague. They were reeling, unable to comprehend what had hit them; emotions were running strong. I decided to go back this year, to hear what the group had to say about the presidential election. “This is a big Trump area,” Rogers told me. “People who never were involved in politics are coming out of the woodwork.”

Unfortunately, not many of those folks showed up at our meeting, which was held at Rowdy’s Smokehouse, a new restaurant in town that is a small sign of optimism in an economically struggling area that has since moved from meth to heroin, which is cheaper. The remainder of the group tended to be educators, social workers, government employees–the Hillary faction in town. The mayor, Randy Heath, was there, but he was a lonely moderate Democrat. “Six of the seven members of the city council are Republicans,” he said, “and they’re all for Trump.” Mary Deel, a retired teacher who works for the election commission–and a strong Clinton supporter–told me that there were a lot of local Democrats who had changed their registration to vote for Trump in the primary. But when I asked why so many of their neighbors were vehemently supporting a candidate they considered unqualified, they didn’t have much to say. Just as the meeting seemed to be losing steam, Rogers whispered, “There are a bunch of Trump supporters out in the kitchen who’d like to talk to you.”

And so I met with them, afterward. They included Nathan Kitts, the owner of Rowdy’s, who had opened the joint on a Monday night to accommodate the meeting–and the local sheriff, Tedd Frazier, who had helped Nathan cook the excellent barbecue buffet, as well as several of Nathan’s friends. “I’m a Trump supporter, I guess,” said the restaurant owner. “I know he’s a loose cannon and he has trouble with diplomacy, and you wonder, will he get us into some bad stuff?” But Nathan had another business, an urgent-care medical clinic. He was outraged by how the health-insurance system worked and doubted that Clinton could fix it. “It works if you’re poor or you’re rich, but if you’re in between, making $25-$30,000, your deductibles are so high, you’re essentially self-insuring.”

Jason Gillum, a local insurance agent and musician, agreed about the medical-insurance situation and said maybe the government should get the private insurers out of the way. “I’ve run your numbers, Nate,” he said. “You’re paying $740 a month with a $6,500 deductible. Ten years ago, I had you at $282 a month and a $1,500 deductible for the same coverage.” Gillum was voting for Trump, though: “Yeah, I know he’s a narcissist. But he’s a businessman, and we’re all entrepreneurs. He knows that if you think big and put your mind to it, you can make things happen. Maybe he can make this country proud again. He gives me a sense of hope.”

I asked the group about Trump’s rather weird relationship with Vladimir Putin, and Gillum said, “I haven’t researched that issue.” Indeed, it seemed the Trump supporters were less obsessed with the daily run of campaign controversy. They didn’t seem to care much about Trump’s lies or exaggerations, nor did they mention immigrants or Muslims. Trump lived in the world of business, as they did. He knew all about the paperwork they had to fill out, the financial risks they took, the month-to-month vagaries of keeping a small business open. Clinton had absolutely nothing to say to them about their daily lives–and I wondered where her vaunted small-business initiative, announced early in the campaign, had gone. “The only thing she says about us is she wants to put our coal miners out of business,” said Donald Willis, the local jail administrator.

I asked the Trump supporters why they hadn’t joined the larger group earlier in the evening. They smiled, knowingly. They knew who the Hillary folks were. They were neighbors, so why risk unpleasantness? In Ohio, routinely labeled a battleground state, some battles are too toxic to be fought in public. 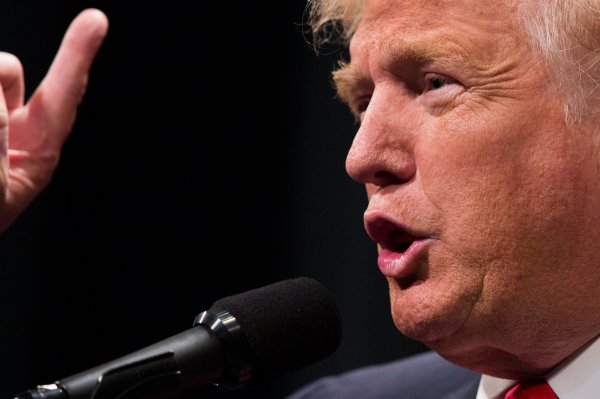