Actress Mia Farrow and her adopted son Thaddeus as they participate in the global summit on polio eradication, Sept. 27, 2000, at United Nations headquarters.
Richard Drew—AP
By Alexia Fernandez / People

Farrow was found inside of his vehicle on Wednesday in Connecticut “suffering from a life threatening injury,” according to a police report.

He was taken to Danbury Hospital where he was pronounced dead at 2:30 p.m. There is no criminal aspect to the case, although it is under investigation.

His mother, the 71-year-old actress, adopted him in 1994 from Calcutta, India. He was paraplegic due to polio and the adoption came years after Farrow separated from partner Woody Allen.

He had nine other siblings, including Ronan Farrow, who is a journalist.

At the time of a Vanity Fair article in 2013, Thaddeus was studying to become a police officer and offered insight into what it was like to be adopted by a movie star.

“It was scary to be brought to a world of people whose language I did not understand, with different skin colors,” he said. “The fact that everyone loved me was a new experience, overwhelming at first.”

Farrow has not released a statement on her son’s death but spent Tuesday with her granddaughter, Evangeline. 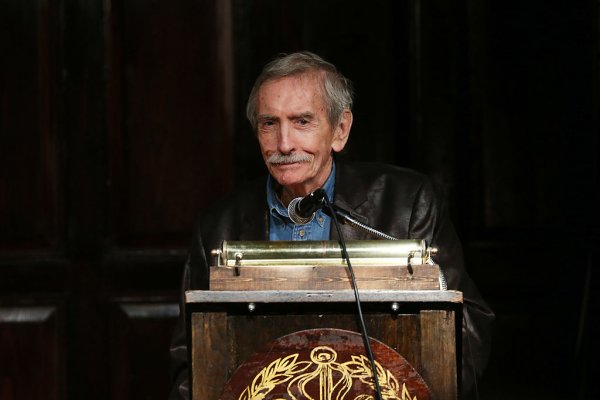 Edward Albee Was an Icon of American Theater
Next Up: Editor's Pick