Man Crawls to Roadside 3 Days After Crash Kills His Girlfriend

A Pennsylvania man crawled to the side of a road three days after a car crash killed his girlfriend and hurt his legs so badly that he couldn’t move.

Kevin Bell, 39, was driving an SUV that dove down an embankment off U.S. 50 in southeast Indiana and collided head-on into a tree, according to the Associated Press. His girlfriend Nikki Reed, 37, of Seymour, Indiana, was sitting in the front seat and died instantly when the SUV crashed on Saturday.

Bell suffered injuries to his legs in the crash that barred him from leaving Reed’s body or the vehicle. He finally crawled to the roadside for help, where Indiana state troopers found him near the scene. Bell was taken to a hospital and is expected to recover.

Police said Bell lost control of the SUV, sending it plunging down the embankment and into the tree. The vehicle was not visible from the roadway, police said.

Reed’s family reported her missing on Saturday, and according to police, Bell’s family said they hadn’t been able to contact him since Saturday. According to family members, Reed had traveled to Pennsylvania to pick up Bell.

Authorities are still investigating the incident. 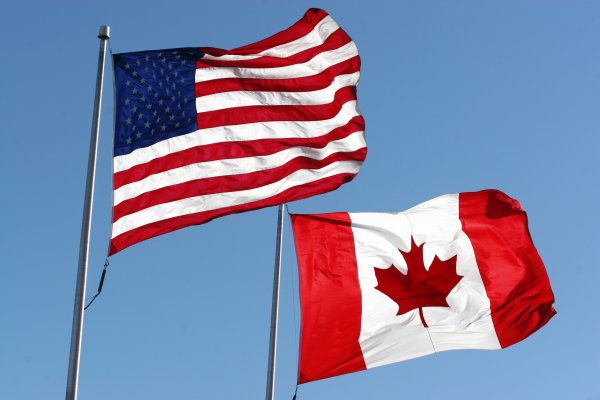 Poll: Most Americans Really Love Canada
Next Up: Editor's Pick