Iranian Women Get on Their Bicycles in Defiance of Fatwa

Iranian women are sharing pictures and videos of themselves riding bicycles on social media, after the country’s Supreme Leader Ayatollah Khamenei issued a fatwa against women cyclists.

Khamenei’s edict was issued on Sept. 10 via state media and banned women from riding bikes in public spaces, such as streets and parks. Women are now only permitted to ride bicycles in spaces reserved especially for them, such as women-only parks or stadiums, which can be found in most large and mid-sized Iranian cities.

The Australian Broadcasting Corporation (ABC) reported that Mr Khamenei told state media “Riding a bicycle often attracts the attention of men and exposes the society to corruption, and thus contravenes women’s chastity, and it must be abandoned.”

The reaction has been to take to social media in a show of defiance. Iranian women have published photos of themselves on their bikes, notably on the Facebook page “My Stealthy Freedom,” where women had previously posted photos of themselves without their veils, which are obligatory in Iran. Masih Alinejad, an Iranian journalist who started My Stealthy Freedom, has urged women in the country to show themselves cycling, and to use the hashtag #IranianWomenLoveCycling.

“This fatwa has received much ridicule on social media,” Ms Alinejad told the ABC. “It is absolutely shameful to hear such a backward fatwa against women in the 21st century … it is unacceptable in 2016.” 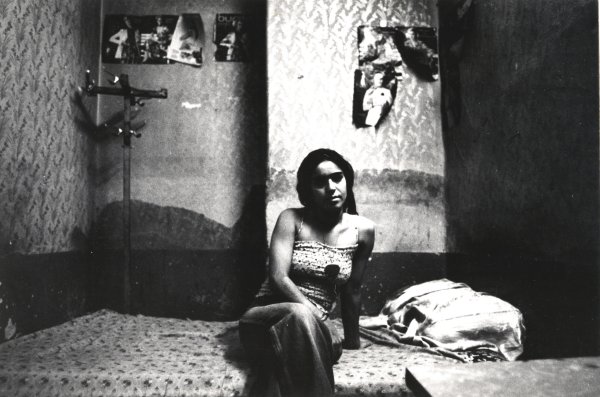 Inside 'the Citadel,' Iran's Forgotten Red-Light District
Next Up: Editor's Pick