The FBI is seeking information about two unknown individuals, who allegedly located a piece of luggage on the sidewalk, removed an improvised explosive device from the luggage, and then left the vicinity leaving the device behind but taking the luggage. Released on Sept. 21, 2016.
FBI
By Daniel White

The FBI wants help tracking down two people who allegedly picked up a suitcase containing a bomb that didn’t explode in Manhattan last weekend.

A poster released by the FBI shows surveillance camera footage of the two people walking near the site of the Chelsea bombing.

The two individuals allegedly found a piece of luggage on the sidewalk, removed the explosive device and took the suitcase but left the explosive behind, according to the FBI’s release.

This device was the second pressure cooker-style bomb that was found undetonated. It was discovered by a neighbor on West 27th Street.

The FBI says it is interested in speaking to the two men but did not list them as suspects. 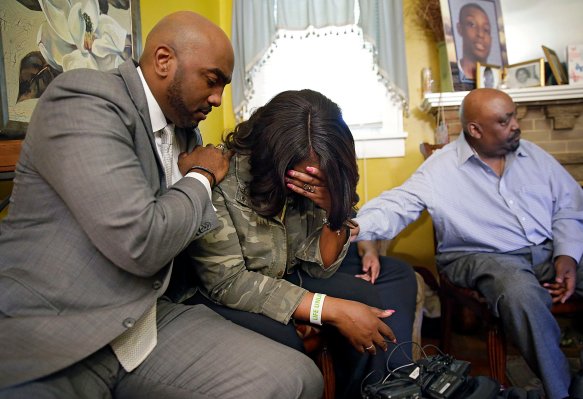 Man Killed by Tulsa Police Posed No Threat: Family
Next Up: Editor's Pick