The most significant agreement to combat climate change will gain sufficient backing to enter into force by the end of 2016, barely a year after it was negotiated at Paris, the United Nations secretary general said Wednesday.

The announcement came during an event in New York hosted by U.N. Secretary General Ban Ki-Moon at which 31 countries joined the Paris Agreement on climate change. That announcement brought the total number of nations that have formally signed on to the accord to 60 countries representing 48% of global emissions. The agreement will take effect when 55 countries representing at least 55% of global emissions have joined.

“This momentum is remarkable,” Ban said in a statement. “It can sometimes take years or even decades for a treaty to enter into force… This is testament to the urgency of the crisis we all face.”

The speed of the achievement represents a remarkable feat given that the domestic processes to formally join such an international agreement can often stretch years. The Kyoto Protocol—until Paris the biggest effort to slow the pace of climate change—took more than seven years to come into effect after it was negotiated in 1997.

Speed is of the essence when it comes to global warming. For one, a slew of record warm temperatures this year have led many scientists to question whether global warming may be occurring faster than anticipated. Last year was the warmest on record and 2016 will almost certainly break that record. August alone was 1.66 F° above the 20th century average. Without immediate action, scientists say, the Paris Agreement’s goal of keeping global temperature rise below 2°C (3.6°F) by 2100 will be effectively impossible, scientists say.

Even more urgently, GOP presidential candidate Donald Trump has stated repeatedly his disdain for the agreement and threatened to scuttle it if he is elected president. More than 300 leading scientists, including 30 Nobel Prize winners, issued a statement on Wednesday condemning Trump’s stance. “A ‘Parexit’ would send a clear signal to the rest of the world: ‘The United States does not care about the global problem of human-caused climate change. You are on your own,'” the letter said.

If the agreement enters into force this year, a move to withdraw from a U.S. president would become effectively impossible—at least in one term of a potential Trump presidency. The U.S., the world’s second largest greenhouse gas emitter, formally joined the agreement earlier this month alongside China, the world’s largest emitter. The accord requires a long withdraw process once countries have joined. 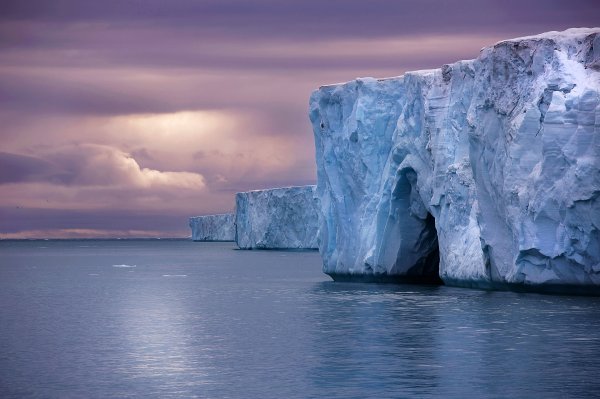 Arctic Sea Ice Melts to Its Second Smallest Area on Record
Next Up: Editor's Pick