In Memory of Curtis Hanson: A Director Who Did It All, Quietly

Curtis Hanson, who died Tuesday at age 71, built his directing career the old-fashioned way: By learning to tell all sorts of stories in varied ways, hop-scotching across genres as if he knew that no single type of movie—no matter how successful it might turn out to be—could hold all the answers. That’s how a guy who started out making low-budget horror films in the early 1970s and moved on to teen sex comedies and thrillers in the 1980s could, in the 1990s and early aughts, end up making a coolly assertive period noir and a comedy-drama about male midlife anxiety that was marked more by tenderness than by self-pity. Later, he’d turn his hand, deftly, to bringing a white rap star’s semi-autobiography to the screen. And a few years after that, he adapted a novel of the sort that used to be called, derisively, chick-lit—without condescending to the material.

Sometimes, sadly, it’s only after a filmmaker dies that you really see his strengths. Hanson was adaptable, democratic and curious, always attentive to the material at hand but never precious about it. You wouldn’t think of him as a superstar director—but that was exactly the point. He knew how to choose the best approach and techniques for the story at hand. And rather than put a loud stamp on a movie, he’d simply melt into it.

Movie fans are divided when it comes to naming his best picture: L.A. Confidential (1997) won two Oscars: Kim Basinger took Best Supporting Actress, and Hanson and cowriter Brian Helgeland won for their script, adapted from James Ellroy’s novel. But even if it was Hanson’s biggest hit, and brought him his biggest acclaim, your secret (or not-so-secret) favorite could be different—Hanson’s career was that varied. Hanson’s 2005 adaptation of a Jennifer Weiner novel, In Her Shoes, starring Toni Collette and Cameron Diaz as warring sisters, may have seemed like a mainstream throwaway picture at the time, but many young women still love and identify with it—and let’s bear in mind that it was made by a guy who was at the time in his sixties. With the 2002 8 Mile, Hanson drew a superb performance out of Eminem, playing a version of himself, a kid growing up in urban Detroit circa 1995. Basinger, playing Emimem’s chronically underemployed mother, was equally terrific. The picture is marvelous and sturdy, deeply perceptive about the place, the era and rap culture of the time. Hanson had a strong feel for classic filmmaking conventions, but he also knew how to revitalize those conventions to tell a modern story. He was also more interested in people than in topicality, understanding that the best way to explore poverty and racial tension was through his actors’ faces. Hanson let the rough textures of their lives unfold before us—any attendant social issues were simply part of the fabric.

Still, most filmgoers remember Hanson for two films: The 2000 Wonder Boys, adapted from Michael Chabon’s novel, wasn’t exactly a hit upon its release, in February of that year (even though it made about $19 million, an amount that Hanson noted, in a New York Daily News article at the time, was “not nothing”). But in a rare move its studio, Paramount, re-released the film the following fall, hoping to give it another shot with audiences and push it back into the spotlight for Oscar attention. That re-release didn’t turn the picture into a superhit, but Wonder Boys—in which a surprisingly sympathetic Michael Douglas plays a washed-up writer and creative-writing professor who tries to protect his puzzling, fragile star pupil (the young Tobey Maguire) even as he attempts to hold the scraps of his own life together—has earned an affectionate following over the years. Young filmmakers should take heart in this: We’ve been conditioned to believe that movies live and die by how much money they make, particularly on opening weekend. But you can never predict the life a film will have once you send it out into the world.

Hanson will probably be best remembered for L.A. Confidential—and to borrow his own words, that’s not nothing. This cannily constructed picture, now almost 20 years old, holds up. For one thing, it’s remarkable how Hanson managed to make mid-1990s Los Angeles look like a believable ’50s Los Angeles, less a place frozen in time than one in tune with its past. That said, the film is notable for not being a slavish re-creation of ’40s and ‘50s noir. Its costumes and sets are persuasively and beautifully period-specific, but Hanson also brought a glancing naturalistic, modern touch to the material. L.A. Confidential is both of its time and of another time: To look at the face of Kim Basinger, as a small-town girl turned high-class, movie-star-lookalike hooker (she’s been styled as a Veronica Lake stand-in), is to see noir tradition and ’90s glamour superimposed into one dazzling image. Her performance, showing a whisper of vulnerability behind a perfect Max Factor mask, was, and is, deeply touching—and to look at it now is to realize that Hanson, gazing through the viewfinder, must have known exactly what he was looking at. He was alive to all kinds of stories, including the one told by a woman’s face. 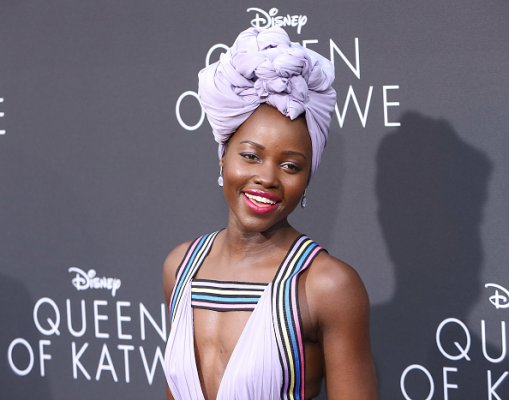 Lupita Nyong'o Confirms Maz Kanata Will Be in Star Wars: Episode VIII
Next Up: Editor's Pick