Officials from 21 U.S. states on Tuesday filed a lawsuit claiming an Obama administration rule to extend mandatory overtime pay to more than 4 million workers will place a heavy burden on state budgets.

Hours after the states announced their lawsuit, the U.S. Chamber of Commerce and other business groups filed a separate challenge to the rule in the same federal court in Sherman, Texas.

The rule, set to take effect Dec. 1, will require employers to pay overtime to salaried workers earning less than $47,500 a year, double the current threshold of $23,660. Business groups and Republican officials say the rule will force employers to demote salaried workers to hourly positions and create more part-time jobs.

“Once again, President Obama is trying to unilaterally rewrite the law,” Texas Attorney General Ken Paxton said in a statement. “And this time, it may lead to disastrous consequences for our economy.”

Paxton and Nevada Attorney General Adam Laxalt spearheaded the states’ lawsuit, which was joined by Michigan, Wisconsin and Ohio, among others.

U.S. Labor Secretary Thomas Perez said in a statement the rule had “sound legal and policy footing” and the lawsuits were an attempt to deprive workers of fair pay. Only 7 percent of full-time salaried employees are currently eligible for overtime pay, he said, down from 62 percent in 1975.

“I look forward to vigorously defending our efforts to give more hardworking people a meaningful chance to get by,” Perez said.

Both of Tuesday’s lawsuits said the department abused its authority by increasing the salary threshold so drastically, and also failed to account for regional variations in the cost of living.

The agency also violated federal law by indexing the salary threshold to the 40th percentile of income, with automatic increases every three years, the lawsuits claim.

The states’ lawsuit says that under the rule many state employees would become eligible for overtime pay even though they perform management duties that should make them exempt.

That would force states to pay workers more or resort to layoffs and other budget cuts, a violation of states’ rights, they said.

Paxton and his predecessor, Greg Abbott, have filed a wave of challenges to Obama administration initiatives, including environmental regulations, a plan to provide relief from deportation to certain undocumented immigrants, and a rule to require employers facing union campaigns to disclose dealings with lawyers and consultants. (Reporting by Daniel Wiessner in Albany, New York; Editing by David Gregorio and Alexia Garamfalvi) 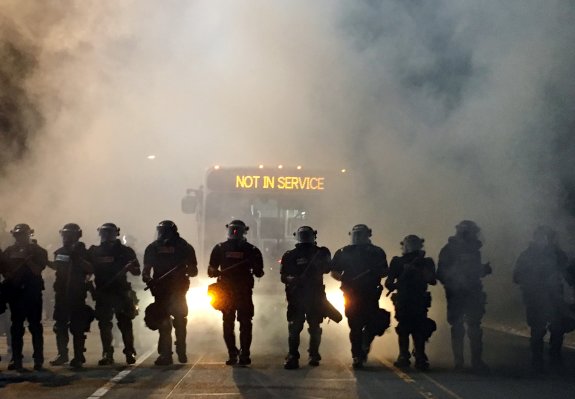 Police Defend Shooting of Black Man in Charlotte, N.C.
Next Up: Editor's Pick