Review: Designated Survivor Is a New Look for Kiefer Sutherland

The government protocol of the “designated survivor”—the Cabinet member placed in seclusion during gatherings like the State of the Union address to ensure continuity of government should the rest of the line of succession be killed—is suffused with either fear or hope. A contingency plan in case of the mass slaughter of government officials feels like a more explicit acknowledgment of potential even than, say, the omnipresence of Secret Service agents around the President. And yet the fact that the plan exists, that we assume government should and even could remain functional after most top-level federal officials were killed, seems optimistic in the extreme.

This optimism is the tone ABC’s new drama Designated Survivor chooses, and it’s a strangely unbalanced experience. The portions of the show dealing with one man (24‘s Kiefer Sutherland, here more nebbish than a Jack Bauer type) thrust into the highest office in the land and rising to the occasion are practically Capraesque in their vision of a regular American learning to lead on the fly. And yet what lip-service the pilot episode, airing Wednesday night, pays to the actual upheaval that would be going on is dully by-the-numbers. It’s as though the show can’t, or won’t, meaningfully consider the very disaster at the center of its premise.

Sutherland plays Tom Kirkman, the bookish Housing and Urban Development Secretary who’s informed that he has to sit out the State of the Union before his forced resignation—his forceful advocacy for his housing programs (defined in the vaguest terms) has alienated the President. He celebrates his impending freedom from the federal government in college-professor schmatte—glasses and a Cornell sweatshirt—while watching the speech, only to see the signal cut out. At the window of the D.C. office where he’s camped out (shouldn’t the designated survivor be somewhere a little removed from the rest of the Cabinet?), a fireball rises above the Capitol.

Say this for the series—it places Sutherland outside what might seem to be his comfort zone. One expects the star, defined in the public imagination by his role as history’s most proactive counterterrorism agent, to run toward the danger. Instead, he somewhat meekly obeys the orders of his Secret Service detail. Later, he flees the situation room to throw up. Downcast and fearful, Sutherland sells the aftereffects of what would be America’s most consequential terrorist attack better than any of the rest of the show’s cast, or than its writers. Oddly, life for many White House staffers seems to basically roll on, with speechwriters griping about how underqualified Kirkman is mere moments after all of their other bosses were killed in an unprecedented attack.

It’s that problem of optimism: It’d be really nice if they had the time and inclination to bash their new boss in a grudging way right after a massive terror attack, but it’s a bit hard to fathom. The show’s unfashionable sweetness about politics—in the era of Veep and House of Cards, it’s practically a time machine to some less cynical era—extends to the provenance of Kirkman’s antagonists. A blustering military chief makes absolutely no secret of his desire to seize power from Kirkman, displaying so little subtlety that it’s a wonder he rose as high as he did.

The show does have potential, and I’m hoping it leans into the aspect that was the pilot’s best: Kirkman’s tapping into some pool of gumption and intellect to rather coolly disassemble those standing in his way—in this episode’s case, the unctuous ambassador for Iran, a nation whose seeming readiness for war Kirkman defuses through a particularly plainspoken sort of diplomacy. It actually resembled the way a person might strive to act in this situation, as opposed to later, too-jokey-by-half scenes like the one in which Kirkman tells his wife he traded outfits with a staffer. (The world as we know it has effectively ended. Who cares?)

There’s no real political valence to this particular outsider outplaying his opponents on the world stage; those looking for a parallel to the political outsider currently running for President will surely find it, but Kirkman, like the president who preceded him, is effectively nonpartisan. He’s also so pleasantly devoid of both spelled-out political beliefs and of acrimony that he resembles no figure from our reality. That the show is quite so unspecific about politics makes sense. After all, such divisions tend to fade away in moments of crisis. But that this is an ultimately hopeful vision—that TV viewers are meant to find hope in the story of the government having been wiped out—is the sort of surreal twist that only 2016 could provide. 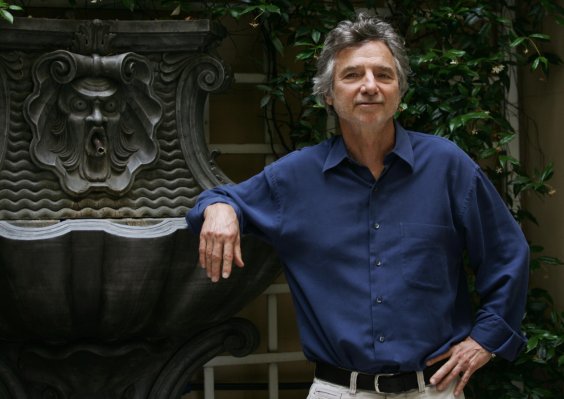 In Memory of Curtis Hanson: A Director Who Did It All, Quietly
Next Up: Editor's Pick