India Adopts a Restrained Response to the Kashmir Attack

The war of words between India and Pakistan after Sunday’s attack at an Indian army base in Kashmir looks set to remain just that for now, with top Indian officials recommending a diplomatic response over a military one.

“Whatever decisions [India] takes in this regard will be done with full diplomatic and strategic maturity,” the country’s Federal Law Minister Ravi Shankar Prasad told Reuters. While Prasad warned against idle threats of cross-border military strikes, he also said India’s tolerance towards Pakistan is waning amid public outrage over this week’s attack.

The attack by four gunmen took place Sunday in the town of Uri on the Indian side of the border, leaving 18 soldiers dead and several others injured. The four attackers were all killed in an ensuing firefight. No group has claimed responsibility.

Indian Prime Minister Narendra Modi condemned the attack it as “cowardly” and Home Minister Rajnath Singh called Pakistan a “terrorist state.” New Delhi has launched an investigation into the attack.

Pakistani authorities responded by asking for “actionable evidence” and rejecting as “baseless” Indian allegations that they had aided the attackers.

The long-running conflict over Kashmir — which both countries claim in its entirety but divide with a de-facto “Line of Control” — has come to define their bilateral relationship. Three of the four wars fought between the nuclear-armed neighbors have been over the disputed territory, and attacks like Sunday’s stoke fears of another conflagration.

But Modi, who has built an image of being a tougher leader than his predecessors, was advised by his military against immediate retaliation, according to the Indian Express newspaper. 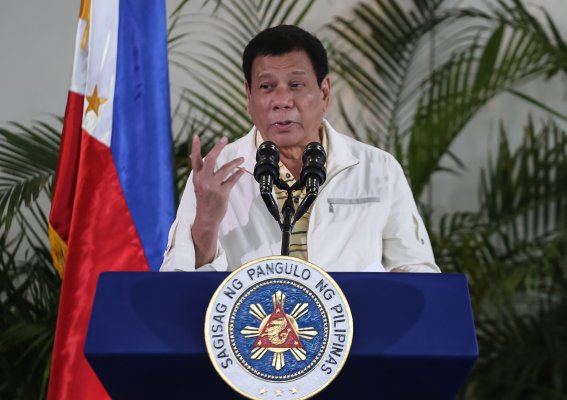 Philippines: Rodrigo Duterte Responds to E.U. With Profanity
Next Up: Editor's Pick