The Internet Isn't Happy About This Moana Halloween Costume

Disney is breaking ground with its first Polynesian princess in Moana, but many are upset over what they see as an offensive Halloween costume of one of the film’s characters.

The costume is for the character Maui, a demigod in Polynesian mythology who is voiced by Dwayne “The Rock” Johnson in the film. The outfit, available on Disney’s online store, consists of a brown bodysuit with tattoos and an “island-style” skirt. It comes with“photorealistic teeth art appliqués” and “padded chest, shoulders, and calves,” promoting lazy stereotypes. Many are calling the costume racist.

“Our brown skin/ink’s not a costume,” one critic tweeted in response. “Cosplaying shouldn’t be limited to what [your] race is. But literally wearing a brown skin costume? No,” wrote a third person. “Really, who (from Disney) thought a ‘brown skin’ costume would be a good thing?” asked NPR’s Kat Chow.

The film itself has been a topic of controversy since the release of the trailer. Moana fallows a Pacific Islander princess on her mission to find a legendary island. Many have already applauded Moana for featuring Pacific Islanders, a group grossly underrepresented in Hollywood. But others have accused Disney of appropriating or caricaturing Polynesian culture, especially with the character of Maui, who critics say is depicted as overweight and not serious. 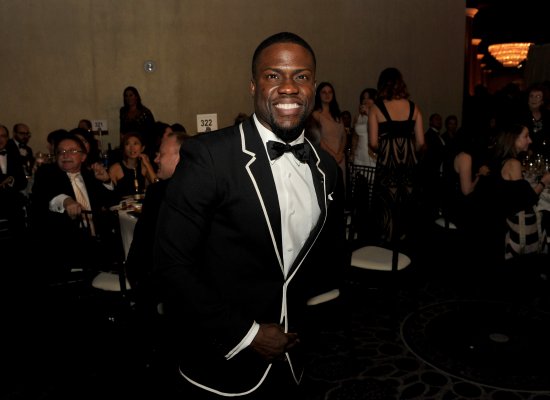 Kevin Hart Shared the First Photo From the New Jumanji Movie
Next Up: Editor's Pick