The German government has returned a painting stolen by the Nazis during the Second World War.

The picture, which shows noblemen talking on the stairs of the Doge Palace in Venice, ended up at the University of Heidelberg after the war before going to the State Gallery of Baden-Wuerttemberg. It wasn’t recognized as belonging to Poland until the 1990s.

The German government hopes eventually that the Berlinka collection – a set of 300,000 manuscripts, books and drawings – will be returned to them from Poland. The items were stored in Poland during the war by the Nazis to protect them from damage, and now currently reside in Krakow. Differences of opinion between Berlin and Warsaw had prevented any deals from being reached sooner, and German officials hope the return of ‘Palace Stairs’ will reignite dialogue with Poland.

“The painting has been on a long odyssey,” said Mr. Steinmeier. “[It represents] the difficult history between our two countries.” 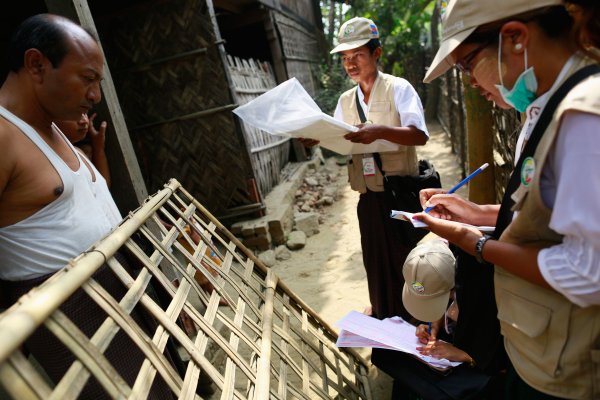 Burma's Racist Census Degenerates Into Violence
Next Up: Editor's Pick