Billionaire businessman and philanthropist George Soros is putting his money behind business ventures founded by migrants and refugees.

In an essay for the Wall Street Journal, Soros said he would invest $500 million in startups and existing businesses run by displaced people, and criticized the “collective failure to develop and implement effective policies” to address the global migration crisis. He argued that although governments have the leading role to play in finding solutions, “harnessing the power of the private sector is also critical”.

The announcement coincides with the UN Summit for Refugees and Migrants in New York, and follows President Obama’s “Call to Action“ earlier this summer for private companies to do more to tackle the global refugee crisis.

“I have decided to earmark $500 million for investments that specifically address the needs of migrants, refugees and host communities,” Soros wrote. “I will invest in startups, established companies, social-impact initiatives and businesses founded by migrants and refugees themselves. Although my main concern is to help migrants and refugees arriving in Europe, I will be looking for good investment ideas that will benefit migrants all over the world.”

The philanthropist announced that all investments made will be owned by his nonprofit organization, and said that “any profits will go to fund programs at the Open Society Foundations, including programs that benefit migrants and refugees.” Soros also stated his intention to work with the Office of the United Nations High Commissioner for Refugees and the International Rescue Committee, and his hope that this move would inspire other investors to undertake similar action. 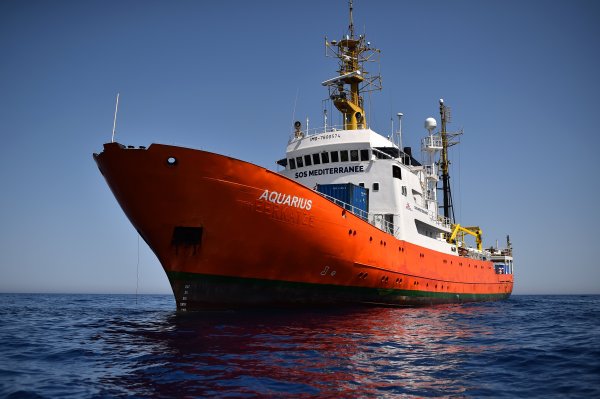 Woman Gives Birth on a Mediterranean Rescue Ship Hours After Rescue
Next Up: Editor's Pick