A spokesman for George H.W. Bush declined to clarify or deny a report that the former Republican president will vote for Democratic nominee Hillary Clinton in November.

“The vote President Bush will cast as a private citizen in some 50 days will be just that: a private vote cast in some 50 days. He is not commenting on the presidential race in the interim,” Jim McGrath, Bush’s spokesperson, said in a statement to TIME.

Politico reported Monday evening that Kathleen Hartington Kennedy Townsend, the former Maryland lieutenant governor and daughter of the late Robert F. Kennedy, had posted a picture on Facebook of her and Bush with the caption, “The President told me he’s voting for Hillary!!” She then confirmed to Politico in a follow-up call that’s what the president had told her.

Bush’s son, Jeb, the former Florida governor who was defeated by Trump in the primary, has so far declined to endorse his rival. And his other son, former President George W. Bush, has stayed quiet through the general election season.

With reporting by Zeke J. Miller. 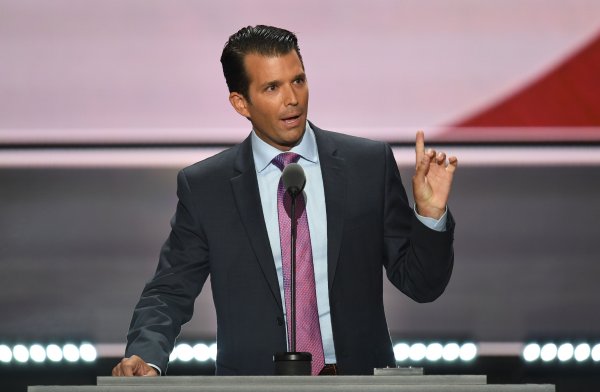