(WASHINGTON) — Wells Fargo & Co’s chief executive officer told a Senate panel on Tuesday that customers who had bogus accounts opened in their name will be made whole and compensated for any damage to their credit rating, but some Democratic senators called for his resignation.

Under fire, CEO John Stumpf told the Senate Banking Committee he has told his managers to do “whatever it takes” to make customers whole, refunding fees or compensating them for damage to their credit ratings.

Democratic Senators Sherrod Brown of Ohio and Elizabeth Warren of Massachusetts called for Stumpf to resign, with Warren saying Stumpf should give back his salary and be criminally investigated.

The bank’s board of directors is examining what action it should take against company executives, Stumpf told the committee.

“I accept full responsibility for all unethical sales practices,” Stumpf said, adding later, “I apologize to all of the American people and our customers, and I will make it right.”

Earlier this month, the lender agreed to pay $190 million in penalties and customer payouts to settle a case in which bank employees created credit, savings and other accounts without customer knowledge.

The revelations are a severe hit to Wells Fargo’s reputation. During the financial crisis, the bank trumpeted being a conservative bank in contrast with its rivals.

Of the $190 million in the settlement, only $5 million will directly compensate customers, many of whom might have only paid a small fee on unwanted accounts.

Thomas Curry, the Comptroller of the Currency, said in prepared testimony for the committee that his agency is considering action against individual Wells Fargo executives who may have violated laws or regulations or engaged in “unsafe or unsound practices, or breach(ed) fiduciary duty.”

Brown, the senior Democrat on the Senate panel, criticized the bank for exploiting customers and for its slow response in controlling the abuse.

“I was stunned when I learned about the breadth and duration of this fraud,” he said in his opening remarks.

Wells Fargo has acknowledged bank employees “inappropriately opened” the customer accounts over five years, and that about 5,300 employees were fired in that time.

Former bank employees have said they were under intense pressure to add accounts for each bank customer.

Abuses were found as early as 2011, Stumpf said, but bank executives only realized the scale of the problem early last year.

At that time, Stumpf said, bank executives came to recognize how a pattern of creating phony accounts could be used to boost unwarranted fees.

“It never dawned on us that there could be a cycle,” the CEO said.

“It just sort of begs the issue of where was management,” Brown said.

Brown said employees were caught “forging signatures, and stealing identities, Social Security numbers, and customers’ hard-earned cash, so as to hang on to their low-paying jobs and make money for the high-paying executives at Wells Fargo.”

Senator Jeff Merkley, an Oregon Democrat, has asked the Securities and Exchange Commission to investigate whether Wells Fargo violated internal controls required under the Sarbanes-Oxley Act for financial disclosures and corporate accounting.

The U.S. Attorney’s Offices in Manhattan and in San Francisco are investigating Wells Fargo, a person familiar with the matter said last week.

“TOO BIG TO MANAGE?”

While Democratic lawmakers like Warren were the most outspoken in their attacks, Republicans also grilled Stumpf.

Louisiana Senator David Vitter pressed the CEO on how customer fraud could persist for years and thousands of employees could be fired before the head of the bank got involved.

“Why isn’t this crystal clear proof that an entity as big as Wells is not only too big to fail but it’s too big to manage and too big to regulate?” Vitter asked.

Stumpf said he had considered the question, adding that the widespread abuse was “a problem of focus and not of size.”

Stumpf appeared before the congressional panel with a bandaged right hand. He suffered an injury playing with his grandchildren, according to the bank.

Democratic presidential candidate Hillary Clinton, in a letter to bank customers released on Tuesday, said Stumpf “owes all of you a clear explanation as to how this happened under his watch.” (Reporting by Patrick Rucker in Washington and Dan Freed in New York; Writing by Nick Zieminski; Editing by Jeffrey Benkoe) 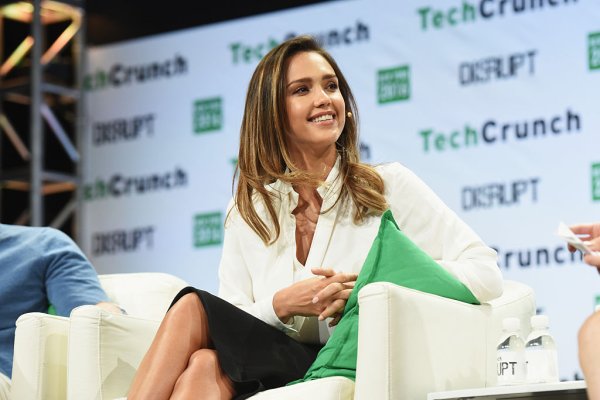 Unilever In Talks to Buy Honest Company: Report
Next Up: Editor's Pick