Skittles is gently pushing back against an analogy used by Donald Trump Jr., in which he compared Syrian refugees to a bowl of the rainbow-colored candy.

“If I had a bowl of skittles and I told you just three would kill you. Would you take a handful? That’s our Syrian refugee problem,” read the text of an image—emblazoned with the Donald Trump/Mike Pence campaign logo—that Trump Jr. tweeted on Monday night.

“This image says it all,” the son of the Republican presidential nominee wrote.

In a statement, Wrigley, the parent company for Skittles, said the analogy was not appropriate.

“Skittles are candy. Refugees are people. We don’t feel it’s an appropriate analogy,” said Michelle Green, a spokeswoman for Wrigley. “We will respectfully refrain from further commentary as anything we say could be misinterpreted as marketing.”

Trump Jr.’s comments came as world leaders convene at the United Nations this week to address the global refugee crisis. About 65.3 million people have been forcibly displaced worldwide. 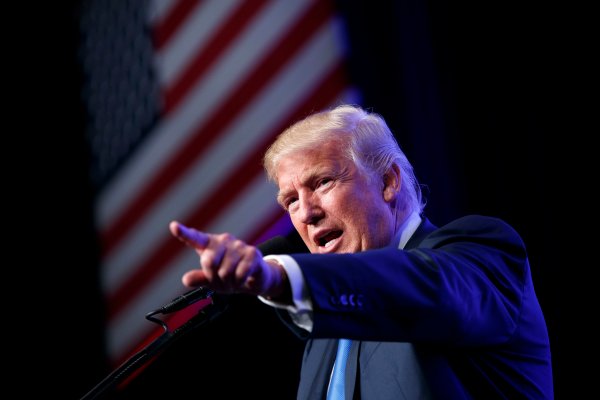