Cultural Appropriation is Everywhere. But Is It Always Wrong?

Last week during the close of New York Fashion Week, accusations of “cultural appropriation” were hurled at Marc Jacobs after models, dressed in wigs that looked like dreadlocks, walked down the runway wearing his newest designs. Earlier in September, the author Lionel Shriver kicked up dirt in a keynote address in Australia when she decried the “politically correct” notion that white producers cannot use the culture of minorities for their own devices. Her remarks drew the ire of critics, such as Yassmin Abdel-Magied, who said Shriver celebrated “the unfettered exploitation of others, under the guise of fiction.”

Which begs the question: What exactly is cultural appropriation, and why does it have people so worked up?

Appropriation essentially means to take something from its original context and use it in a different context. Some cases of appropriation might be called “quoting”—to use an aspect of a cultural object while giving credit to the source. Here, we might think of Drake’s song “Controlla” when he sings “I think I’d lie for you/ I think I’d die for you/ Jodeci ‘Cry for You.’” By placing the name and maker of another song within his song, Drake winks at R & B cognoscenti, reminding them of how much they loved Jodeci’s slow jams.

“Sampling” functions similarly to quoting: Dr. Dre’s “Let Me Ride” (1992) employs Parliament’s “Swing Down, Sweet Chariot” (1972) which is, itself, a take on the song popularized by the Golden Gate Quartet in the 1940s and Elvis Presley in the 1960s and the spiritual “Swing Low Sweet Chariot” written by Wallace Wallis in the late nineteenth century. In this instance, the effect is additive, folding earlier histories into newer ones. Dr. Dre sampled the 1970s funk track he grew up listening to, Parliament adapted the gospel song they knew, which was itself popularized by the Fisk Jubilee Singers at the turn of the twentieth century to break cultural barriers, foster understanding and seek social justice.

Visual artist Carrie Mae Weems’ “From Here I Saw What Happened and I Cried” (1995-1996) takes appropriation in a different and certainly more complicated direction. Invited by the Getty Museum to respond to an exhibition of early photographs of Black Americans, Weems appropriated well known photographs from the collections of high profile museums and employed them as the basis of her own new works. In the piece “Some Laughed Long and Hard,” she used a Garry Winograd image of a Black man and a White woman, each holding a chimpanzee and walking together. Weems may have disregarded a copyright agreement when she photographed the photograph, but in using the “copy” for her own work, she produced a powerful critique showing how museums and archives can participate in and perpetuate the diminishing of people of African descent.

Marc Jacobs’ runway show is another type of appropriation. Some might label it “theft,” i.e. when a piece of a cultural object is taken without giving credit to the source. Dreadlocks, when many strands of hair are gathered into plait-looking locks, are perhaps most strongly associated with Bob Marley, who was himself associated with the Rastafarian belief system that has its origins in Jamaica.

Locked hair began as a symbol of spiritual and political beliefs that has been adopted widely by various people and shifted to fit various concerns. For some, the hairstyle signifies an attachment with one’s ethno-racial identity. Others wear the style to align themselves with a particular social and class position, and some don dreadlocks because they think it’s an attractive style.

Jacobs’ use of hair pieces constructed of wool yarn and died in Kool-Aid that mimic dreadlocks falls into the latter category. His interpretation can be associated with counter-culture and rave culture, as well as with the style of Harajuku, an area within Tokyo that is known for its fashion-forward citizens. In a given year, one might encounter someone in Harajuku quoting African American culture by wearing tanned skin, an Afro, and clothes that may be identified as “street,” read “urban” and “American.” The words “street” and “urban” are not-so-covert ways to signal “Black culture.”

On one hand, it’s ironic that Jacobs had to quote from Japanese street culture in order to find American “street” culture. On the other, the fashion world has come to expect Jacobs to “borrow” street style. Jacobs is quoting the Japanese who are themselves quoting American culture. “Theft” might, like imitation, be the most sincere form of flattery when it comes to culture—except for the not-so-little issue of power.

Jacobs certainly showed what some might call “privileged” ignorance to the power dynamics of borrowing aspects of Black style and culture when he used the dreadlock hairpieces in the show, and that is troubling. However, in his social media response to the criticism, in which he pointed his (supposed) colorblind finger at “women of color who straighten their hair,” he displayed a reckless and irresponsible misunderstanding of power and history. Historically, Black women have worn their hair straight because they were considered unprofessional, unkempt and unattractive if they wore curly and natural styles. Societal pressure and lack of power made women of color straighten their hair. Some might argue that state of affairs continues today.

Cultural appropriation is ubiquitous, to be sure. Appropriation can take the shape of building on history. It can mean reckless or oblivious “borrowing” from a culture or people. And, it can do the important work of speaking truth to power. What Black Studies, Women and Gender Studies, and Ethnic Studies have taught us is to keep an eye on power and how it consistently aggregates around people deemed ‘normal,’ ‘moneyed’, and politically relevant. In this time of renewed movement toward civil rights, cultural appropriation matters because it is evidence of power plays: Who can take culture and whose culture is taken, who has power and who doesn’t.

Dr. Cherise Smith is associate professor in African and African Diaspora Studies at the University of Texas at Austin, where she co-chairs Black Matters, the international Black Studies conference to be held on 29-30 September 2016 in Austin. 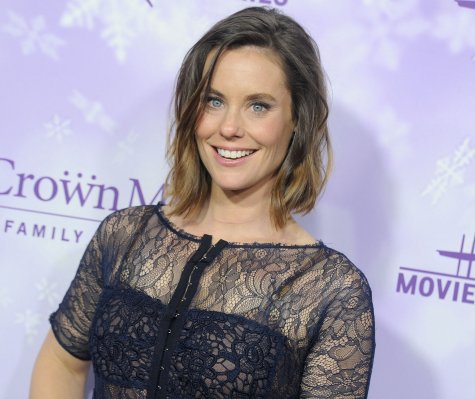 Ashley Williams Opens Up About Her Miscarriage: 'I'm a Survivor'
Next Up: Editor's Pick