The next time you need to Google something, you may end up doing so via text message rather than typing in a search query or saying “Ok, Google.” That’s part of the idea behind Allo, the search giant’s new messaging app launching Sept. 21.

Allo includes a few capabilities that make using it feel notably different than sending texts through your phone’s default SMS service. For one, it includes the company’s new Google Assistant, which surfaces answers to questions and makes suggestions directly within your chat window. Allo can intelligently suggest responses to text and photo messages through a feature called Smart Reply. As other messangers like LINE and Facebook Messenger, Google’s new messaging app offers an array of stickers to choose from. Google initially unveiled Allo during its developer conference in May; today it launches for iPhone and Android users.

The Google Assistant can be summoned within a conversation by typing the tag “@google” before entering text. Typing something like, “@google Where should I go for brunch?,” when texting a friend could prompt Google to pull up a list of restaurants near you. This saves some time since you don’t have to leave your chat thread, open another app like Yelp to find a restaurant, and then return to your messaging app. This generally works very well when you’re looking up restaurants and movie times. Google will even in some cases ask what your preferences are so it can offer better suggestions in the future. For example, when I asked the Google Assistant what I should eat, it asked what types of cuisine I like. But I found that if I needed something really specific, like a bus schedule, I was better off using another app or looking it up through a browser like Chrome or Safari.

In addition to calling up Google Assistant in chats, you can also just chat with it one-on-one. This is essentially a way to interact with Google in a conversational way reminiscent of Ask Jeeves rather than typing out rigid search queries. What’s nice about using Google Assistant in Allo is that it’s not just a search engine packaged in a different way. You can ask what’s next on your calendar, convert pounds to ounces, and search for the answer to a question all in one place. The company also had some fun with Google Assistant and trained it to play a few games, such as one in which it uses a string of emoji characters to get you to guess a movie title. It’s surprisingly addictive.

Google sees this Assistant as being the next major evolution of its search product. Allo and the company’s upcoming Google Home smart speaker will be the first two products to include the new technology. (For now, Allo is a separate product from Google’s other messenger Hangouts.)

Google’s chat app also proactively suggests responses for you when you receive new messages and images. If your sibling sends you a photo of the family dog, for instance, Allo might suggest “How cute!” or “Adorable” as a response. If someone sends a message as simple as “Lol,” Allo could offer the option to send a text bubble that says “How’s your day going?” or something similar. It’s a handy feature for instances in which you might not have a ton of time to type out a full response, and Google says Allo will learn more about your responses over time to adapt to your style. Allo also has an incognito mode similar to Chrome that encrypts all chats and automatically deletes messages after a certain amount of time.

Expression is another core focus for Google’s Allo: the new messenger includes the ability to download sticker packs, make text larger or smaller for emphasis, and annotate photos. Adjusting the size of the text is as easy as sliding your thumb up and down over the send button.

Given the attention Google paid to customization, the fact that you can’t add a custom background or send full screen animations with messages like you can with Apple’s iMessage feels like an oversight. But Google hasn’t ruled out adding more personalization options in the future.

Allo’s launch comes as messaging has evolved from being a simple form of communication to becoming a whole new means of accessing the Internet. Apple’s new version of iMessage, for example, has its own App Store with games, stickers, and services designed just for the chat app. Companies like Uber and Lyft can plug their services into Facebook Messenger. Google’s Allo, unlike offerings from Facebook and Apple, doesn’t support third party app integration yet, although the company says it will likely do so in the future. As of now, Allo provides a look at what Google sees as being the future of mobile search. 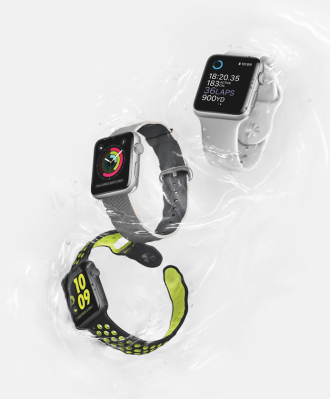