Carey Mulligan on Rights for Refugees: 'The Lottery of Where You're Born Is So Unfair'

The Great Gatsby actress Carey Mulligan hasn’t been caught in the glare of Hollywood’s spotlight lately. Instead, she’s been using her star power to bring attention to the plight of refugee children worldwide. An estimated 63 million children will be displaced due to conflict by 2025, the charity War Child UK — Mulligan is their global ambassador — predicts, leaving up to 12.5 million children out of school.

Mulligan has long been politically-minded, making her first splash in the thoughtful An Education, lending her voice to the feminist film Suffragette alongside Meryl Streep, and recently signing on as a U.K. ambassador for dementia awareness. Her involvement in the cause of refugee children, however, has a more personal origin: her brother, who served in the army in Afghanistan, had worked with War Child UK in 2013 to facilitate funding of a girls’ school in a conflict area.

“I was intrigued,” Mulligan told TIME of that project, and she accompanied War Child on a service trip to Goma in the Democratic Republic of Congo. After that, she became an ambassador for the advocacy organization. Her work with War Child has taken her to conflict zones in the Congo and Jordan, where she spends time in the camps listening to children and asking questions about their needs.

“Carey would be a great aid worker. Because when we sit with children, they don’t know who Carey Mulligan is. But they respond to her very honest questions,” Rob Williams, CEO of War Child UK, explained. “It’s really nice to go out with someone who cares so deeply about what we’re seeing… Carey shares that sense of urgency.”

As a mother of a one-year-old daughter, Mulligan is more sensitive than ever to the plight of children, too.

“There’s something sort of fundamental that changes in the way you view children when you have one yourself,” Mulligan said. “It makes me wince to think of my daughter experiencing even an iota of the things that [refugee children] have been through.”

“The lottery of where you’re born is so unfair, and more needs to be done to address that,” she added.

Two critical refugee-focused discussions are taking place this week in New York, the U.N. Summit on Refugees and Migrants and President Obama’s Refugee Leaders’ Summit. Mulligan, War Child UK, and others supporting a global action plan for refugees hope to see as much as $4 billion set aside to support education in emergencies by 2020, and to commit leaders to more comprehensive refugee resettlement programs, especially for children. 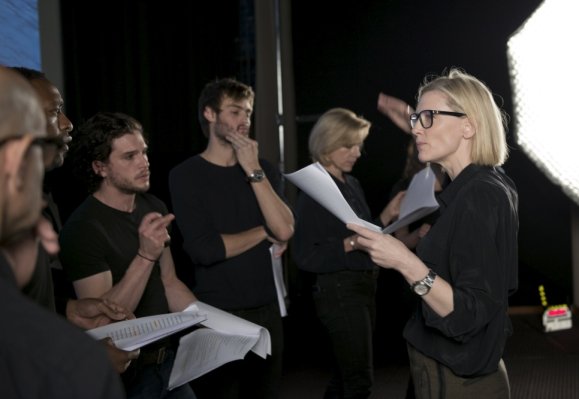