Why the Timing Is Perfect for This Year's First Presidential Debate

That debate is also widely seen as one of the most important in presidential history.

Kennedy looked great on television; Nixon did not. In fact, as Jon Meacham has noted, Nixon looked so bad that his mother called him to ask whether he was sick. The following week’s issue of TIME also mentioned one Republican-leaning newspaper that floated the conspiracy theory that Nixon was “sabotaged by TV makeup artist.” Kennedy, of course, went on to win.

Though some experts dispute how much Kennedy’s impressive debate showing won him the election, there’s no question that the day did change the media equation for future campaigns.

“Kennedy’s street crowds also got bigger—and more enthusiastic,” TIME reported in 1960 of the shifting election narrative. “Before the debate newsmen had amused themselves by counting ‘jumpers’ in the crowds—women who hopped up and down at the sight of their handsome hero. Now they noted ‘double jumpers’ (jumpers with babies in their arms). By week’s end they even spotted a few ‘leapers’ who reached prodigious heights.”

In fact, the debate made such a huge difference that candidates shied away from the televised format for decades after, until Gerald Ford brought the idea back in 1976. Today, the idea that a candidate must be camera-ready—at a debate or anywhere else—is taken as a given.

Whether Clinton and Trump make history on Monday remains to be seen, but even by stepping on the stage they are participating in a tradition that began exactly 56 years ago. 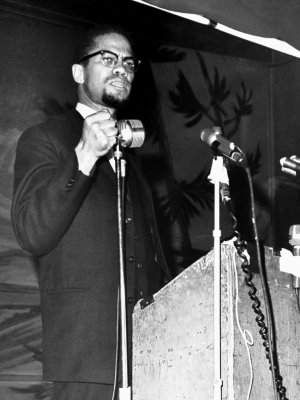 The Black Vote: History Demands Change
Next Up: Editor's Pick