When you find a hobby that also helps others, you stick with it, and no action star enjoys gently styling women’s hair more than Chris Pratt, Hollywood’s most spontaneous hair braider.

During a video interview about his new Western movie The Magnificent Seven, Denzel Washington, who knows how to showcase his co-star’s best gifts, gave Pratt yet another chance to bust out his hair-braiding skills, according to the Irish Examiner.

“I just represent a fellow who does speak German and braids hair at the same time,” Washington announced, before Pratt set about doing the interviewer’s hair while speaking a mix of German and English. She tried to discuss the film, but was in total disbelief that Pratt was upgrading her hairdo.

Pratt didn’t end up finishing the look, but he totally could have. This wasn’t the first time he showed off his plaiting skills in the middle of an interview. In a world of endless promotional efforts with loose hair all over the place, Pratt continues to find a way to create order and keep things interesting.

In 2014, he arranged an intern’s hair into an impeccable French braid on Entertainment Tonight. He also warned against rubber bands, recommending Scrunchies as the best way to go.

Ever the proud artist, he first went so far as to call his own handiwork “glorious” on Instagram, using his wife as his hair model. Evidently, his sister taught the Jurassic Park actor how to braid, and he told InStyle he does his wife Anna Farris’s hair nightly as a “a nice little ritual.” His mother-in-law also trained him in the art of the French braid, or as he put it most recently, “Freedom braid.”

Watch his most recent performance at Irish Examiner. 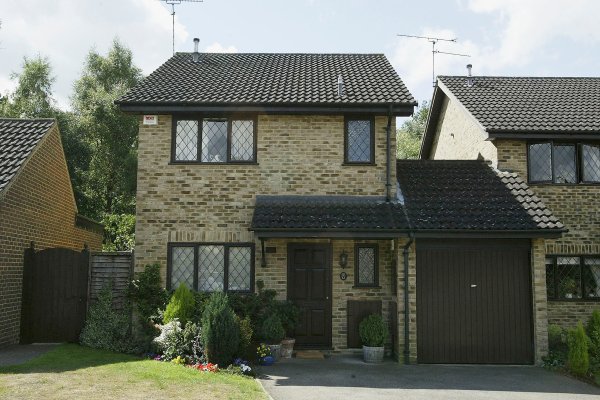 You Can Now Buy Harry Potter’s Childhood Home at 4 Privet Drive
Next Up: Editor's Pick