The woman on the other end of the frantic 911 call Patsy Ramsey made in December 1996 – after finding a ransom note for her 6-year-old daughter, JonBenét, but before the girl was found dead – spoke out for the first time Sunday in the premiere of CBS’ The Case of: JonBenét Ramsey.

Kim Archuleta, the Boulder, Colorado, 911 operator who took Patsy’s call, detailed the dramatic phone conversation to investigators Laura Richards, a former Scotland Yard behavioral analyst, and Jim Clemente, a retired FBI profiler. The pair are re-examining the mysterious JonBenét case, with a team of experts, ahead of its 20th anniversary.

(The Case of is one of a number of such TV specials this year.)

“This is the first time that anyone’s asked for my opinion in 20 years,” Archuleta said Sunday. “I just remember having that sunken feeling, like something wasn’t right. The problem was, if you hear the frantic [tone] in her voice when she’s speaking to me, where she couldn’t even answer my questions, it immediately stopped.”

Following the short conversation, Ramsey appeared to try to hang up the phone – but many have said voices can still be heard on the line.

“What bothered me immensely, [after hanging up,] it sounded like she said ‘Okay, we’ve called the police, now what?’ ” Archuleta told investigators in The Case of. “And that disturbed me. So I remained on the phone, trying to hear what was being said.”

“It sounded like there were two voices in the room, maybe three different ones,” Archuleta said. “I had a bad feeling about this. To me, it seemed rehearsed … that’s never changed.”

Later that day, JonBenét’s dead body was found in the family’s basement with a garrote around her neck and duct tape over her mouth.

Archuleta said that an investigator came to her home shortly after the slaying and told her that she was under a gag order until charges were brought. She said she was not contacted to testify during the 1999 grand jury proceedings against Patsy and husband John Ramsey, after which then-District Attorney Alex Hunter declined to prosecute the couple, citing a lack of evidence.

“There were things being said that somebody needed to know,” Archuleta told Clemente and Richards. “It was never addressed. I think it would have really turned the case around.”

Neither Patsy nor John, or son Burke – who was 9 at the time – were ever charged in JonBenét’s killing, and they have always maintained their innocence.

John and Burke are the family’s only surviving members: Patsy died in 2006 from ovarian cancer – two years before then-District Attorney Mary Lacy wrote a letter to John saying that DNA evidence cleared the trio, a decision that has been criticized in some law enforcement circles.

In Sunday’s episode, the Case of investigators further analyzed Patsy’s 911 call with an audio engineer, using noise reduction to try to determine what was said after she thought she’d hung up.

(Some have speculated that Burke was with Patsy and John at the time the 911 call was placed and can be heard on the audio – a theory he and his father have dismissed as “pure fiction.”)

Clemente and Richards were joined in the episode by Stan Burke, a former FBI special agent; Jim Fitzgerald, a forensic linguist; James Kolar, a former investigator for the Boulder District Attorney; Dr. Henry Lee, a forensic scientist; and Dr. Werner Spitz, a forensic pathologist, in their self-described “war room.”

The group analyzed the ransom note, looking at wording, writing and more, before ultimately deciding that it was a “red herring” crafted by a female, age 30 or older.

Further, the investigators recreated the Ramsey home and later spoke with the family’s friends.

During a conversation with Judith Miller, who was in the Ramsey’s close circle and played on a softball team with the couple, she revealed that she was advised not to speak to police or reporters.

Miller, who said she “loved [JonBenét] very much,” told Clemente and Richards she felt, however, that speaking out would help.

“I opened my doors up to reporters, and then talked to police twice,” she explained. “They just cut me off as a friend.” 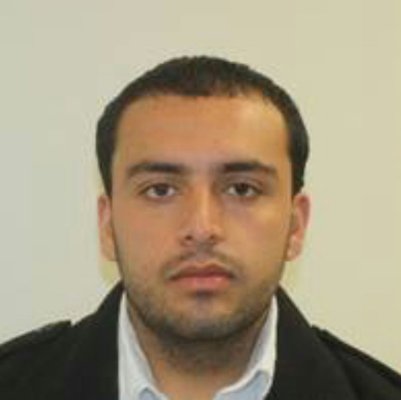