Timeless supermodel Kate Moss is already past the age when most models begin considering retirement from the youth-obsessed industry. But Moss is doubling down on her high profile to launch her own talent agency and lifestyle brand to shake up the world that she has dominated for decades, ever since she was discovered at 14 and starred in a series of iconic (and shocking) Calvin Klein ads.

In a new report from Business of Fashion, Moss announced the founding of Kate Moss Agency, which she called “a dream.”

“You know that film Gia? Faye Dunaway plays the agent. I could so do that! But I want to focus more on managing people’s careers than just [running] a modeling agency,” she said in the interview. “I don’t really want pretty people, I want people that want to sing and dance and act — I want to create stars.”

In today’s modeling landscape, of course, star power is won and lost on the ranking of social media followings. The famously private Moss, who has previously avoided platforms like Instagram or Twitter, finally launched an Instagram account to go along with the new venture and posted her first image Monday. Moss’s team will have to get savvy to the app fast, as rising fashion moguls Kendall Jenner and Gigi Hadid — often dubbed the “InstaGirls” — already have the market firmly in their grasp, thanks to their eager audience of millions.

As to who these future “stars” will be that Moss will shepherd into the limelight? No word yet on the lineup, but we’d bet that her 13-year-old daughter (and Vogue cover star) Lila Grace will be a shoo-in. 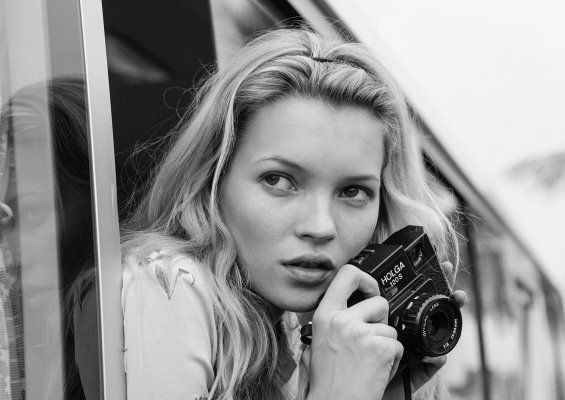 Renowned Photographer Bruce Weber on Why Photography Is a Tool for Democracy
Next Up: Editor's Pick