Hillary Clinton made a direct appeal to elusive young voters during a stop at a Philadelphia campus Monday, urging her audience to join her campaign against Donald Trump’s “divisive” rhetoric he aims at those who are not like him.

The visit to Temple University comes as her campaign makes an all-in pitch to win over young voters, who backed her rival in the primaries and aren’t quite sold on Clinton, who also is a former Senator and First Lady. “I get that,” Clinton said in a speech that outlined a litany of promises that would improve young voters’ lives. “I want to do my best to answer those questions.”

She has to. Without these voters, Clinton has a very precarious path to a win. Polls show her trailing among young voters, a central part of President Obama’s coalition that appears to be fraying slightly. To help unify, Clinton offered specific proposals on college affordability, pay equity, energy policy—and panned her opponent for good measure.

“We are facing a candidate with a long history of racial discrimination in his businesses, who retweets white supremacists, who led the birther movement to delegitimize our first black President,” Clinton said. “We have to stand up to this hate. We cannot let it go on,” she said to her biggest cheers of the day.

By contrast, Clinton rightly noted, “your generation is the most inclusive, progressive and entrepreneurial as we’ve ever seen.”

Clinton’s campaign is making an aggressive pitch to woo this generation, which in numbers rivals Baby Boomers but falls woefully short in participation. Clinton nodded to the voters who might just sit the election out, sour on both Clinton and Trump. “Not voting is not an option. That just plays into Trump’s hands. It really does,” she said. 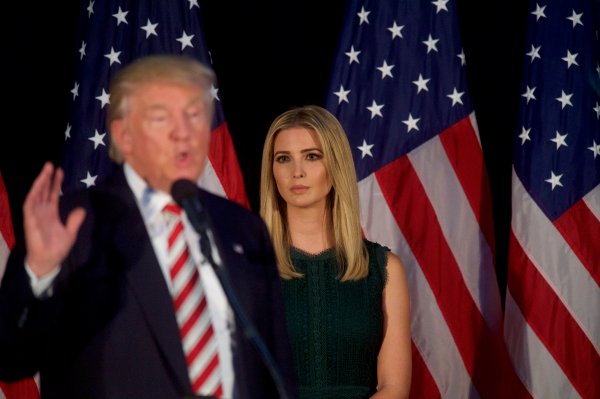