The 4 Most Important Foreign Policy Strategies for the Next President

The next president will inherit a chaotic global landscape: Europe’s economic crisis has become a social and political one as well, the Middle East is in flames, and as President Obama’s final visit to Asia in September demonstrated, the world’s most populous region is largely indifferent—or even hostile—to American leadership. It’s time for a foreign-policy reality check.

The America of early 2017 will continue to possess vast power but weak credibility. Hillary Clinton needs to understand that the 1990s aren’t coming back. Donald Trump needs to grasp that the jobs aren’t coming back, either. Obama has been faulted for not clearly articulating a grand strategy for America. The next president shouldn’t make the same mistake. Here are four fundamental strategies to enhance America’s global leadership.

The world’s two most strategically volatile regions—the Middle East and Far East—are in the midst of destabilizing arms races that America’s interventions and offshore balancing have done little to diminish. The next president needs to get beyond saber-rattling and go back to the playbook that has actually worked in the past, seen in stabilizing Europe after World War II.

In the Mideast, while gradually opening to Iran is a wise course of action, the lack of token regional diplomatic institutions guarantees the continued inflammation of Sunni-Shia tensions, with Saudi Arabia seeking large military packages from both the U.S. and China to counter Iran. The White House has repeatedly demurred from bringing Saudi Arabia, Iran, Turkey and Israel around the same table to plant the seeds of a regional security framework. As oil prices decline and instability spreads, America has greater leverage to nudge these key players towards a working relationship rather than allowing the region to further spiral out of control.

Made by Jeff Blossom for Connectography

In Asia, Obama’s signature foreign policy initiative, the “pivot to Asia,” remains confused. Unable to muster sufficient support for the Trans-Pacific Partnership (TPP) trade agreement, the pivot lacks the necessary balance between military and economic components. Instead, it is playing out as an attempt to reinvigorate alliances with Japan, South Korea, Australia and the Philippines—and possibly work toward new ones with countries such as Burma and Vietnam—to contain China. The purpose of a security umbrella for Asia shouldn’t be to only to balance China but to create the strategic space for Asian countries to more deeply integrate through regional institutions such as the ASEAN Regional Forum that include China, Japan, India and other major powers.

A decade ago, geopolitical futurism was dominated by claims of the coming “resource wars” and predictions of U.S.-China confrontation over Middle East oil and African minerals. But thanks to the shale energy revolution, the U.S. is now the world’s top oil and gas producer. Congress’s decision in December 2015 to lift the ban on oil exports after four decades will prove to be one of the greatest geopolitical watersheds of our time.

Further investment in global energy production is in everyone’s strategic interest. For high-growth markets seeking an alternative supplier to the turbulent Middle East, America can be the most reliable supplier of energy ever. Indeed, American LNG is bailing out our Baltic allies being muscled around by Putin’s Russia.

America has a geostrategic obligation to enhance our role in global energy markets. Campaign rhetoric suggests that Trump is very much a “drill baby drill” type, while Clinton’s opposition to the XL Keystone pipeline put her more in the “keep it in the ground” camp. Where both can converge, however, is that America’s energy supply is crucial for global stability. We must, therefore, upgrade our ailing pipeline infrastructure, build new routes from the Dakotas to the Pacific Coast, and boost our refinery capacity—making the U.S. the key agent of energy resilience for both Europe and Asia and taking “resource wars” off the table.

The financial crisis of nearly a decade ago clearly tarnished the reputation of America’s brand of capitalism, but it did not diminish the dollar’s role as the world’s only universal reserve currency and a safe haven in times of economic volatility. America is certainly still the backstop of global finance and one of the only mature economies registering meaningful growth.

The next president must focus on trade and foreign direct investment, which is crucial for building up countries’ industries and societies so that they become consumers of American exports. While the complex relationship between foreign investment, supply chains and trade seems to be lost on Trump with his protectionist fantasies, and Clinton’s flip-flop on TPP suggests she, too, won’t defend the benefits of integration, in fact, trade and investment agreements such as the Transatlantic Trade and Investment Partnership (TTIP) with Europe and TPP with Asia can lead to greater opportunities for American businesses to penetrate high-growth markets and Asia’s booming middle class.

As Obama opined during his entertaining slow jam with Jimmy Fallon, “TPP allows American business to sell their products both at home and abroad. The more we sell abroad, the more higher paying jobs we provide here at home. It’s that simple.”

The U.S. remains the chief source of the technologies that underpin the world’s communications revolution and a digital economy on which growing billions depend and thrive. The world loves Silicon Vally tech—but doesn’t like the NSA backdoors revealed by Edward Snowden’s leaks. In 2015, Europe moved to invalidate the “Safe Harbor” agreement with the U.S., thus requiring software and data services to be customized to national restrictions. China and Russia either block American software companies or require that their citizens’ data be stored onshore. End-to-end encrypted Internet cable networks are being laid down with frenzy.

All of this is creating what journalist Scott Malcomson calls a “Splinternet” rather than the open Internet that benefits everyone—especially America. Our policies have backfired: It is now harder to collect data on foreign targets, and increasing surveillance of Americans is hardly a substitute.

Clinton or Trump would be wise to push for clear limits to NSA data collection without transparent due process. The world trusts America’s tech companies more than it trusts Washington—and so long as that’s the case, let Silicon Valley do what it does best and maintain its tech sector leadership. If values still matter in strategy, then few steps could be more important in preserving America’s edge in global mindshare.

A good grand strategy is a global strategy. It finds the common ground between what we want and what others want, so that both the vision and the burden are shared. An effective grand strategy would take advantage of America’s military, financial, energy and technological strengths to more aggressively engage with allies and adversaries alike. This will be the 21st-century America that is not just the richest and strongest power—but also the most connected to others in ways that help others help themselves. And there’s no better strategy than that. 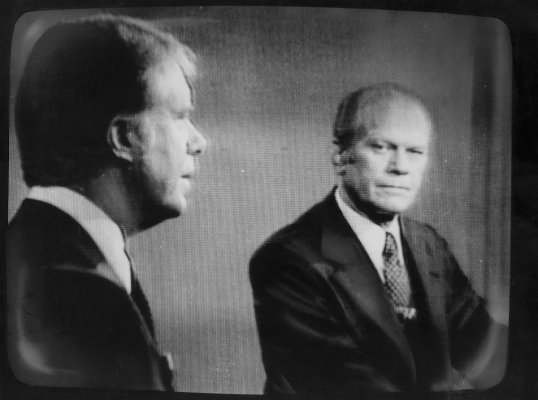