Egyptian President Abdul Fattah al-Sisi is expected to hold talks with presidential candidates Donald Trump and Hillary Clinton in New York this week on the sidelines of the U.N. General Assembly, in a pair of meetings that illustrate one of America’s more uncomfortable foreign relationships.

Al-Sisi came to power following the July 2013 military coup that overthrew the government of President Mohamed Morsi, who had won the presidential election following the Arab Spring and the overthrow of the longtime autocrat Hosni Mubarak. The former chief of Egypt’s armed forces, al-Sisi led a military takeover that opened a period of political violence that left more than a thousand people dead, and also presided over a clampdown that jailed an estimated 40,000 people including protesters, students and journalists. Al-Sisi became President in 2014 in an election that was widely regarded as a fait accompli.

If elected, Clinton is not expected to make drastic changes in U.S. policy toward Egypt. Trump, however, has voiced admiration for a range of authoritarian leaders, hailing Russia’s President Vladimir Putin as a strong leader and praising former Iraqi dictator Saddam Hussein as an effective killer of “terrorists.” Human-rights rights advocates worry that, if elected, Trump would deepen U.S. support for al-Sisi, who casts his regime as a bulwark against extremist groups. “We hear that Trump will be supporting Sisi in the so-called fight against terrorism and this will lead to cracking down more on human rights, leading to a massive deterioration in the human-rights situation in Egypt,” says Mohamed Ahmed, a researcher on Egypt at Amnesty International.

The Obama Administration initially maintained a degree of distance from al-Sisi’s government. The U.S. froze arms deliveries to Egypt in the aftermath of the 2013 coup but eventually released aid in March 2015, delivering F-16 fighter jets and tank turrets. The decision appeared to prioritize the immediate needs of the international fight against extremists like ISIS over human-rights concerns, embracing an authoritarian regime in Egypt that is battling ISIS-affiliated militants in the Sinai Peninsula and attempting to police a long desert border with Libya, where ISIS managed to establish itself in the chaos of that country’s civil war.

Clinton played a complicated role in America’s relations with Egypt during her years as Secretary of State under Obama. When Egyptian protesters launched an uprising demanding political freedom in January 2011, Clinton voiced confidence in Mubarak’s government. “Our assessment is that the Egyptian government is stable and is looking for ways to respond to the legitimate needs and interests of the Egyptian people,” she told reporters on Jan. 25, 2011. By the end of January, however, she was calling for a “peaceful, orderly transition to a democratic regime.” Eventually over 800 demonstrators were killed over 18 days of protests, before Mubarak finally stepped down, ending nearly three decades of autocratic rule.

Clinton said in 2009 that she considered Mubarak and his wife Suzanne to be family friends. A realist, during the Arab Spring Clinton warned about the possible negative effects of pushing Mubarak, a longtime U.S. ally, out of power. Some Egyptian dissidents at the time were disappointed that she had not sided more clearly with the protesters calling for an end to authoritarian rule across the Arab world. “She made a very clear statement when millions of people were in the streets protesting Hosni Mubarak,” says Ahmed. “At the beginning she was not really with change, so we expect that it will likely continue, the same U.S. policy,” he adds.

While human-rights advocates have criticized Clinton for being too slow to abandon Mubarak and Obama for ultimately embracing al-Sisi despite his authoritarian tendencies, Trump on the campaign trail has been critical of the Obama Administration for withdrawing support from Mubarak. “He supported the ouster of a friendly regime in Egypt that had a long-standing peace treaty with Israel, and then helped bring the Muslim Brotherhood to power in its place,” Trump said in a foreign policy speech in April. Yet in 2011, Trump himself was critical of Mubarak and welcomed his ouster.

Egyptian state institutions continue to restrict critics of the government. On Saturday a Cairo court ruled in favor of a freeze on the assets of five of Egypt’s top human-rights activists. Rights groups fear that the move could pave the way for a prosecution of the few remaining rights advocates documenting government abuses. Twelve human-rights defenders have been banned from leaving the country.

Rights groups have also documented hundreds of disappearances, in which detainees are held secretly and without acknowledgement by the state. According to a tally by the Committee to Protect Journalists, Egypt held 23 journalists in its jails at the end of 2015, a figure that placed it second only to China among the world’s worst jailers of journalists. 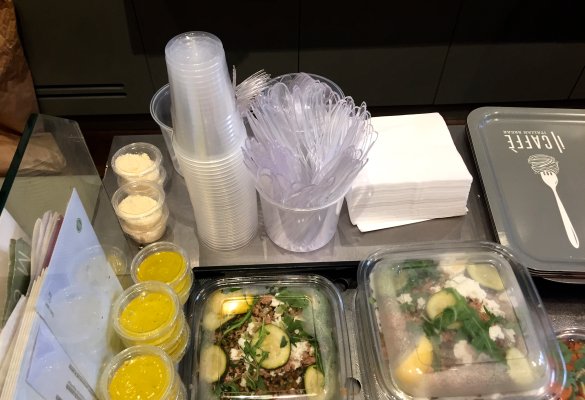 Plastic Dishes and Cutlery in France? Not for Long
Next Up: Editor's Pick