Although Aziz Ansari took home an Emmy from last night’s award ceremony for his comedy writing on his show, Master of None, one of the highlights of his evening was hanging out with his parents who were his dates for the night. Ansari won for the writing he did with Alan Yang, for the “Parents” episode, which starred his own parents.

It looks like his dad, Shoukath Ansari, met some fans of his own during the show, one of them who’s none other than The Get Down star and celebrity progeny Jaden Smith. In a photo that Aziz posted to Facebook, Shoukath mugged for a picture with Smith and resident cool teen, Kylie Jenner bestie Harry Hudson, who posed with cartons of what appeared to be coconut water held up to their heads. 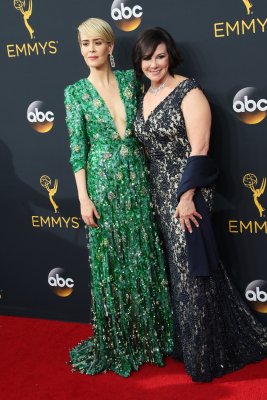