Police have arrested the man sought in connection with explosions over the weekend in New York City and New Jersey, as New York’s mayor said he believed the blasts were “an act of terror.”

Ahmad Khan Rahami, 28, was taken into custody in Linden, N.J., following a shootout with police, officials said. Rahami was sought in the Saturday evening New York City bombing, which injured 29 people in the Chelsea neighborhood of Manhattan, and in an explosion in Seaside Park, N.J., on Saturday morning. Authorities in New Jersey charged Rahami with attempted murder Monday evening over the police shootout.

“We have every reason to believe this was an act of terror,” New York Mayor Bill de Blasio told reporters during a news conference on Monday afternoon.

De Blasio said investigators are not looking for anyone else in connection with the explosions.

FBI special agent Bill Sweeney said there was no indication of a terrorist cell operating in the area, and that Rahami was not on police radar prior to the bombings. His motives remain unclear.

“I do not have information yet to show what the path to radicalization was,” Sweeney said during the news conference.

Sweeney did not comment on how the explosive devices found in Manhattan and New Jersey were connected, but said Rahami was “directly linked” to both.

Elizabeth Mayor Chris Bollwage told reporters at a news conference in New Jersey that two officers were injured while apprehending Rahami. One officer was shot in his bulletproof vest and another was shot in the hand. Rahami sustained gunshot wounds and was taken away in an ambulance, Bollwage said.

Rahami was found sleeping in a bar hallway, the AP reported. The bar’s owner initially thought he was a vagrant and called the police, Linden Mayor Derek Armstead said.

Police officers who responded quickly realized Rahami was the suspect sought in the explosions. Armstead said Rahami pulled out a handgun and fired at the officers, hitting one in a bulletproof vest. He then began firing his handgun while running down the street, and police shot him in the leg.

Rahami was bleeding and conscious when an ambulance took him away. Linden police Capt. James Sarnicki told the AP three police officers were taken to the hospital. One officer was struck by shrapnel and another had high blood pressure.

New York and New Jersey police issued photos of Rahami on Monday morning, saying he was wanted in connection with both bombings. Rahami is a naturalized citizen of Afghan descent, the FBI said.

Linden is about four miles from Elizabeth, N.J., the site of Rahami’s last known address. Officials found five suspicious devices near a train station in Elizabeth on Sunday night; one exploded early Monday when a bomb squad was trying to disarm it with a robot. 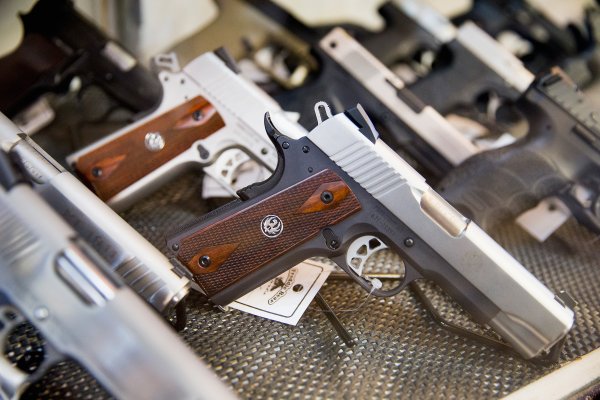