Former President Bill Clinton conceded in a new interview that some donors may have given to the Clinton Foundation in an effort to curry favor with the political power couple.

“It was natural for people who’ve been our political allies and personal friends to call and ask for things. And I trusted the State Department wouldn’t do anything they shouldn’t do,” Clinton said in an interview with NPR.

Clinton said donors did not receive anything improper from him or Hillary Clinton. The foundation has been at the center of a number of questions about the Clinton family throughout the campaign. In an effort to curb further questions of conflict of interest, the former president announced in August he would step down from the board of the foundation if Hillary Clinton is elected president. The foundation would also stop accepting money from corporate and foreign entities.

This week, Clinton will also host the final meeting of the Clinton Global Initiative, which brings stakeholders together to find solutions to global issues.

“I’ve had this job longer than I ever had any job, and I’ve loved it,” Clinton said. “And, you know, we always say in response to our critics that nobody in my family ever took a penny out of this foundation and put millions of dollars in. But I would have paid more to do this job. It was the most fun thing I’ve ever done.” 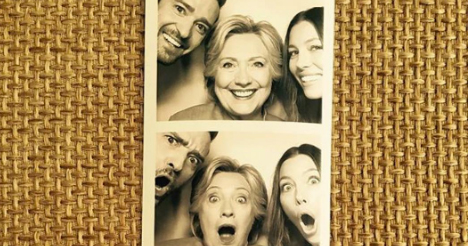 Clinton Launches 'Aggressive' Push for Millennials
Next Up: Editor's Pick