In her acceptance speech for Best Supporting Actress in a Comedy Series, McKinnon thanked SNL producer Lorne Michaels and other members of the cast and crew before giving shout outs to two of the women she famously impersonates: “Thank you, Ellen DeGeneres,” she said, “thank you Hillary Clinton.” After much laughter and applause from the audience, she repeated, “Thank you Hillary Clinton.”

McKinnon also thanked her family and mentioned her late father, who she said “made me start watching SNL when I was 12, so thank you, and I miss you, Pop.” 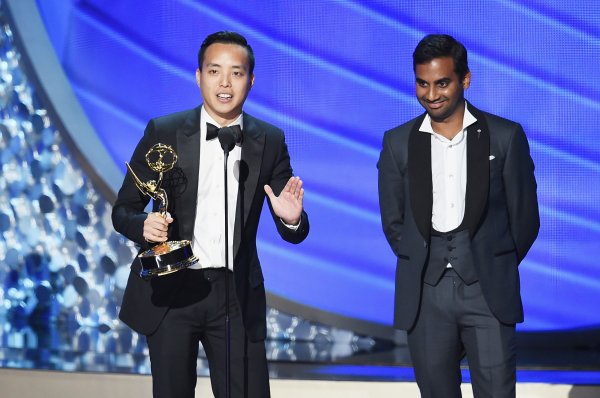 Master of None's Alan Yang Makes Appeal for More Asian Americans on TV at Emmys
Next Up: Editor's Pick