In this nation where a Dylann Roof casually kills nine black people and we are at risk of electing a President who refers to “the African Americans” as if we were in a diorama, we are to be offended, too, that fashion designer Marc Jacobs has presented some white female models with dreadlocks.

“One of these things doesn’t belong here,” as the old Sesame Street song went—but to some, it actually does. You see, the dreadlocks are a cultural appropriation. Jacobs is “stealing” the dreadlocks from black people. Only black people are supposed to wear dreadlocks—or something, but don’t take it from me—a viral video not long ago featured a black woman dressing down a white man for wearing dreadlocks.

Now, never mind that the whole of human history has been all about this thing we are now taught to call appropriation. The Silk Road, the Enlightenment, and even 1920s Harlem all encouraged rampant “appropriation” between cultures that no one would want to see reversed today.

This included the dominant “appropriating” from the oppressed, too. It wasn’t just the classic case of Elvis Presley appropriating a black sound and moves. Ragtime, big band music, show tunes and rock are all founded on “appropriation” from black people but I doubt we’ll see anyone picketing as a result.

Yet we are to bemoan white people wearing their hair in black ways. Even if it is intended as a compliment, as it very much is by Jacobs. What kind of sense does this make?

Jaleesa Jones says that “black culture isn’t deemed ‘sophisticated’or ‘fashionable’ until it is co-opted by shite tastemakers.” But peel away the rhetorical snap of that word “co-opted” and this implies that we are waiting for people to be deemed sophisticated for just walking around wearing their hair the way they always have. But combination, rethinking, and new notes are the essence of what sophistication consists of, and so yes, dreadlocks will seem more “sophisticated” on a white girl on a runway than a black girl walking down a neighborhood street. Meanwhile, the very fashioning of the hairstyle into something “sophisticated” was still motivated by how fabulous whites think dreadlocks look.

Eyes roll, though. The race thing is tough, after all. Basically, one must keep ever in mind that logic and morality are different for one and only one human group in the history of Homo sapiens: the descendants of African slaves in a country called the United States of America. What is called cultural hybridity elsewhere in time and space is, when it comes to black people, racism.

When basic sense is this elusive, it becomes hard to miss that in the end, this fashion of finding “appropriation” behind every rock and tree is less about seeking justice than in seeking to be offended. And the question becomes: why would people seek to be offended to such a degree?

The answer, ironically, is racism. Being treated like animals for 350 years-plus left too many black people’s self-image battered indeed. It isn’t surprising, really. But it means that too many of us think of being offended, as being ever the victim of white abuse even if in ways “hard to define,” as the most interesting thing about us. It becomes a kind of mission to shore up this substitute for a true sense of pride. Smoking out racism, racism, racism in ever more creative ways is too many people’s way of feeling special.

Yes, I know—“conservative” and such. But think: Republicans are trying to deny black people the vote nationwide: we must fight in the courts. A War on Drugs has destroyed black communities left and right, and is finally showing signs of demise. Black boys are shooting each other over nothing all summer, year after year as assorted leaders and pastors find themsleves fighting a rising tide.

Come on, folks—fight the real enemy. 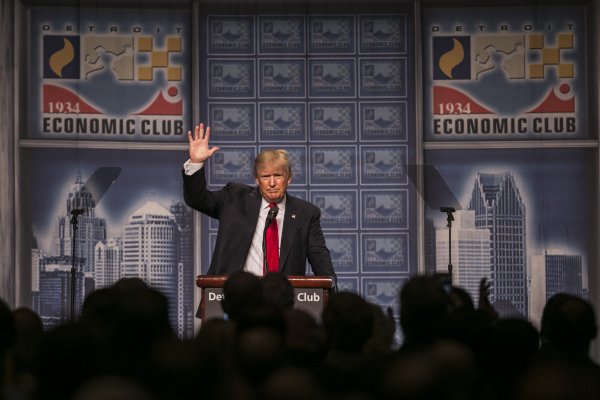 Donald Trump Does Not Know the Struggle of African Americans
Next Up: Editor's Pick