Chicago Is Responsible for Almost Half of the Increase in U.S. Homicides

The murder rate in the U.S. is projected to rise by about 13% this year, but almost half of that increase is due to violence in just one city—Chicago.

A new study released Monday by New York University’s Brennan Center projects that while crime overall in 2016 has remained virtually unchanged from last year, the murder rate is expected to rise 13.1% thanks to unprecedented violence in Chicago, which has seen more than 500 murders this year alone. Chicago is the only major U.S. city to report an increase in murders in both 2015 and 2016, which the report’s authors say is related in part to an uptick in gang violence and a decline in the number of detectives on the city’s police force. Violence in Chicago and Charlotte, N.C., where crime is projected to increase 17.5% this year, are essentially offsetting crime dips elsewhere around the U.S.

The report’s authors project a 31.5% increase in murders nationwide from 2014 to 2016, but again that spike is attributable to just three cities: Baltimore, Chicago, and Houston. Still, the study cautions against notions of a nationwide crime wave, a claim routinely made by Republican presidential candidate Donald Trump.

“Crime in 2016 and recent years remain at all-time lows and there is no evidence of a coming crime wave for this year,” says Inimai Chettiar, the director of the Brennan Center’s Justice Program. “Given that it’s an election year, it can be expected that certain facts might get misconstrued to fit the political rhetoric.”

Chettiar says her research shows that people often think crime is increasing nationally even as they believe it’s falling in their own neighborhoods in part because of the focus on sensational crime stories in the news.

Despite crime increases in a handful of cities, violence across the U.S. remains near 30-year lows. The report found that a dozen cities, including San Francisco, Philadelphia, Seattle, and Washington D.C., have seen crime dip in 2016. 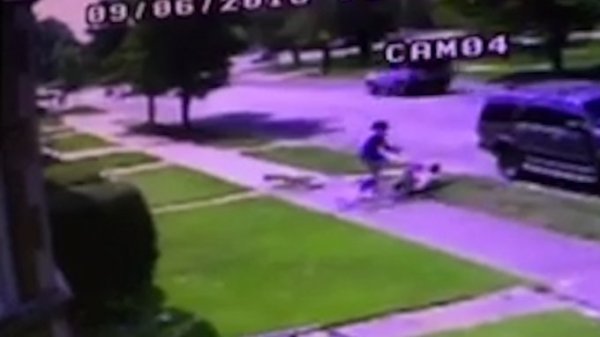