Colin Kaepernick, the Integrated NFL and When Protest Works

Eric Reid #35 and Colin Kaepernick #7 of the San Francisco 49ers kneel during the anthem, prior to the game against the Los Angeles Rams at Levi Stadium in Santa Clara, Calif, on Sept. 12, 2016.
Michael Zagaris—Getty Images
By Lottie Joiner

In 1961, Walter Beach III was playing with the American Football League’s Boston Patriots when they were scheduled to travel for an away game down South. Beach, a defensive cornerback, looked at the team’s itinerary and noticed that the black and white players would be staying in separate facilities.

“My particular thing was, I’m under contract to play football, not to be segregated against,” recalls Beach.

Beach, now 83, says he brought together a group of black athletes to protest the arrangement and talk to the higher-ups about the separate facilities.

“I went to management and suggested that we should have a meeting,” says Beach. “After that meeting, the next morning they gave me an air-flight ticket and my per diem and sent me home.”

It’s a different world today. At the start of this year’s NFL season, a number of African American players have followed the lead of San Francisco 49ers quarterback Colin Kaepernick in protesting during the national anthem. So far no one has been fired for protesting, as Beach was, though at least one player, Denver Broncos linebacker Brandon Marshall, has lost endorsements deals.

Four years after Beach was fired for wanting to discuss segregated accommodations, black players threatened to boycott the 1965 American Football League All-Star game because of their treatment in New Orleans, the host city. When black players arrived in the city, cabs would not pick them up. They were refused service at some restaurants and denied entrance to Bourbon Street nightclubs. Other establishments would seat the players in the back or bar them from entering through the front door. Fed up, black players decided not to participate in the All-Star game. Their white teammates stood with them in boycotting the game and the 1965 AFL All-Star game was ultimately moved to Houston at the last minute.

Former AFL players discuss this historic moment in the 2011 documentary Third and Long, produced by former ESPN marketing executive and current filmmaker Theresa Moore. Moore says New Orleans was trying to get an NFL franchise at the time and the AFL boycott sent a message to the city, telling city leaders that they could not expect the league to go along with the racially discriminatory practices that were in place.

“They were saying we as a league aren’t going to come to a place where a segment of our players are not welcome, and not only aren’t welcome but there’s hostility directed towards them,” says Moore.

Without demonstrating that there was change on the way, New Orleans could not get a team, Moore notes, pointing out that, “New Orleans ended up having to actually do that.”

For example, as the Houston Chronicle has noted, the bid for a team was the reason behind a public display of integrated business at one of the city’s best-known establishments.

Moore’s inspiration for Third and Long came from the iconic photo of black professional sports athletes at a 1967 press conference in Cleveland. They were there in support of Muhammad Ali, whose decision not to participate in the draft and objection to the Vietnam War had earned him a three-year ban from boxing.

“I always just thought that that moment, because it went across sports…was just truly this amazing thing of not only social protest but also solidarity within that protest,” says Moore.

Beach, who spent two years with the Boston Patriots and four years with the Cleveland Browns, retired from the NFL in 1966 but was at that 1967 press conference.

“That’s what we did as black men…[there was] no other response than for us to come together to support Muhammad Ali,” Beach said. “I’m in opposition to man’s inhumanity to man. That’s basically what the value that I live by.”

But the impact made by those protests may be an exception to the rule when it comes to athletes and activism—largely because those protests have been few and far between.

This year marks the 70th anniversary of the integration of the National Football League. In 1946, the Los Angeles Rams signed Kenny Washington and Woody Strode, the first African Americans to play in the modern NFL. That same year Paul Brown, owner of the All American Football Conference’s Cleveland Browns, put Bill Willis and Marion Motley on the field — a year before Jackie Robinson played in a Major League Baseball game.

But, while the number of African-American players has increased during the last seven decades, David Wiggins — co-director of The Center for Sport and Leisure in Society at George Mason University in Manassas, Va. — is skeptical about whether increasing equality on the field has actually contributed to any greater equality off the field.

“The control of sport is still in white hands. There’s still an issue with the number of black coaches, the lack of African Americans in upper level administration positions, owners, African Americans in the media – print, television or radio,” says Wiggins. “In some ways, 70 years after the integration of the NFL, we’re still struggling for equality and some racial issues in the context of sport.”

Wiggins, the author and co-author of 15 books, including The Unlevel Playing Field: A Documentary of the African American Experience in Sport, and Glory Bound: Black Athletes in White America, says in the United States of America, people are “still struggling in society at large.”

“There’s still a large number of minorities who are mired in poverty, still experiencing blatant and subtle forms of discrimination, innocent people being shot in a church in North Carolina, obvious violence toward minorities by police and deep-seated racial stereotypical notions,” Wiggins points out. “There’s still much that needs to be done in a broader American culture. We still have issues. We have problems.”

But historically, Wiggins notes, professional athletes have been reluctant to speak out about social issues because they believed it would affect their careers and livelihood.

“I think it takes some courage to do what [Kaepernick] is doing,” says Wiggins. “If we really believe people have a right to speak out I think he has every right to do it. Will it help make changes in American culture? Will America become more just? Ultimately will it have much of an impact?”

Wiggins says sport resonates with people. They read about it, watch it and talk about it. As a quarterback, Kaepernick is in a leadership position and his actions have the opportunity to draw attention to social justice issues, even among those who don’t think it’s appropriate for athletes to protest.

“That’s one thing sports can do,” says Wiggins. “[The protests] will make people more cognizant and aware of the Black Lives Matter movement.” 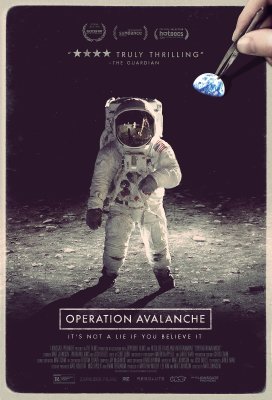 The Problem With the Old Conspiracy Theory in a New Movie
Next Up: Editor's Pick