People Really, Really Like Dancing to 'Closer' by The Chainsmokers So It's Becoming a Viral Sensation

Drake’s “One Dance” may have been crowned song of the summer, but “Closer” by The Chainsmokers is definitely the soundtrack of the fall: the EDM-lite track featuring vocals by Halsey has been sitting pretty on the top of Billboard’s Hot 100 for six straight weeks, with no end to its radio wave dominance in sight. Naturally, people are starting to have strong reactions to the song’s inescapable synth chords. That is, fans are finding it hard to contain their feels, and are bursting out into spontaneous dance… and sharing their moves to social media.

It’s an echo of the experience of other meme-ified popular songs — viral hits like Baauer’s “Harlem Shake”, Psy’s “Gangnam Style,” even Beyoncé’s “Single Ladies”. It works like this: when a song reaches peak cultural saturation, it ends up getting the selfie-video treatment, usually with accompanying dance moves. It rides a wave of social-media-spurred hype, and eventually burns out, leaving in its wake an archive of reactionary digital artifacts. (And how apt, as the breakout hit of The Chainsmokers back in 2013 was the song titled “#Selfie.”) Unlike some of its predecessors, though, “Closer” doesn’t come with predetermined choreography, which means it’s a very eclectic mix of moves that end up online.

Enough people are posting their reaction videos that the collection even warranted its own Twitter moment, confirming (or maybe popularizing) the legitimacy of the form. Mainly it’s just a bunch of Generation Z kids dancing, in various disguises, to the strangely hypnotic song. See for yourself, and then await the next chart-topper from the duo of bros. 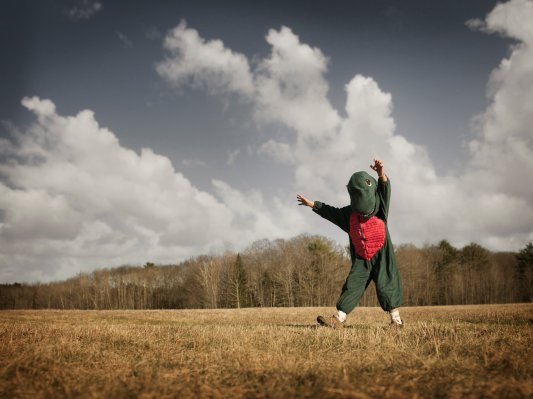 Girl Who Wore T-Rex Costume With Yellow Tutu to Win Homecoming Queen Is a National Treasure
Next Up: Editor's Pick