If the primaries taught us anything, it’s that Donald Trump and Hillary Clinton should fully embrace the tenets of improv heading into their first presidential debate Monday night. This is tricky because American politics are as pre-packaged as a can of pork and beans. But once we get past the over-rehearsed lines that presidential candidates regularly regurgitate, we’ll have a real opportunity to see them “go off script” with a reactive and adaptive style of communication known as improvisation.

This requires practice. Some of the improv we witness may be a cluster f*ck—over-reaction, back-peddling, exaggeration or over-extension. But we may also see them thrive by honestly reacting in the moment, taking advantage of unexpected opportunities, and letting their natural intelligence and personality rise to the surface.

The skill set needed for such successful improvisation in a presidential debate is the same as that is used in a comedic improv show. (Perhaps we can all concede that, at times, a political debate is more laughable than an improv show).

We think of a debate as a collision of opposing points of view in which the main aim is to “win” the contest. Yet the win isn’t possible without employing specific strategies of improvisation—which include being present and in the moment, full-body listening, embracing the spirit of unconditional acceptance and performing at the top of your intelligence. Good debaters must also embrace the foundational rule of improv: “Yes, and…”. Here’s why.

“Yes” conveys unconditional acceptance—you accept what has been given to you at face value, regardless of how you feel about the person who gave it to you. “And” is how you subsequently use the “Yes.” In the spirit of a debate, “Yes” is openness to receiving new, pivotal information; the “And” is how the debater can take advantage of information exchanged in the moment to create new word-weapons to buttress your own point.

In the upcoming presidential debate, the moderator will start each segment (six in total) with a question, at which time each candidate will have two minutes to respond. Candidates will then have an opportunity to counter to each other. In other words, each debater must listen to their opponent’s answer to the moderator’s question so that he or she can respond with a rebuttal that addresses what their opponent actually said. A successful debater will use their challenger’s words to break down the opposing argument and strengthen their own. This requires being present and fully focused.

Many political debates—wherein candidates ignore questions and rebuttals in favor of redundantly regurgitating pre-practiced talking points—are perfect demonstrations of not being focused, present and in the moment. Sen. Marco Rubio discovered this the hard way in a Republican Primary debate in New Hampshire back in February. Rubio repeated a nearly identical line—a sentiment he’d shared often in his campaign—four times in just a few minutes and seemingly out of context to the questions being asked. Gov. Chris Christie, who was present and in the moment, pounced on this unexpected gift and used it to his advantage—to portray Rubio as unprepared and robotic in his responses. The Internet and social media agreed and very quickly roasted Rubio like a neglected marshmallow over a large campfire.

In a debate, “Yes, and…” slows the brain down and requires each individual to listen and

understand; however, it does not limit responses. In fact, a passionate “Yes, and…” exchange can sound like an intelligent argument grounded in respect. That is because the essence of “Yes, and…” is thoughtful communication.

When pulled away from comedy and used to achieve different results than laughter, improvisation can be a powerful tool to stay focused and in the moment, observe and listen to what your opposition is saying, take advantage of unexpected opportunities, and respectfully link to and support your own point of view in a political debate. 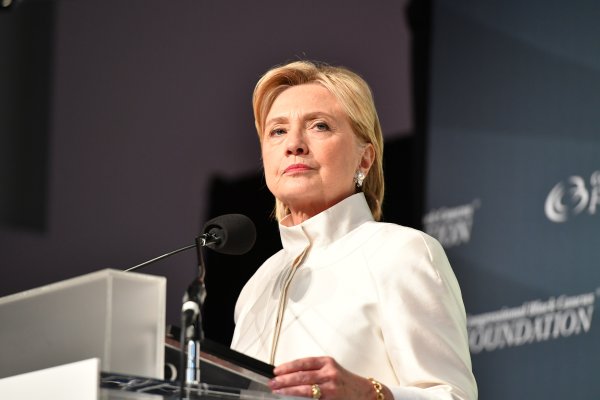 Hillary Clinton’s Debate Challenge: How to Deal With an Entertainer
Next Up: Editor's Pick