Donald Trump Denies Putin Friendship: 'I Know Nothing About Him, Really'

Donald Trump has been criticized for being too sympathetic to Russian President Vladimir Putin, but he told Jimmy Fallon that he hardly knows the guy.

On The Tonight Show Thursday, Fallon told Trump he had a celebrity nickname for the reported “bromance” with Putin — “Vlump.” Trump smiled at the nickname but said, “I don’t know him, I know nothing about him really. I just think if we got along with Russia that’s not a bad thing… I don’t like him, I don’t dislike him, I don’t have any feelings one way or the other.”

“They do try to pin me into this and I’m saying to myself, ‘I don’t even know him,'” Trump continued. “All of a sudden they make it like he’s my best friend.”

During his appearance on the show Trump also said he wished the presidential debates had no moderators like the famous Lincoln-Douglas debates and allowed Fallon to mess up his famous hair.

Fallon drew criticism for the show, with some viewers and journalists concerned about the host’s friendly attitude towards the controversial presidential candidate. 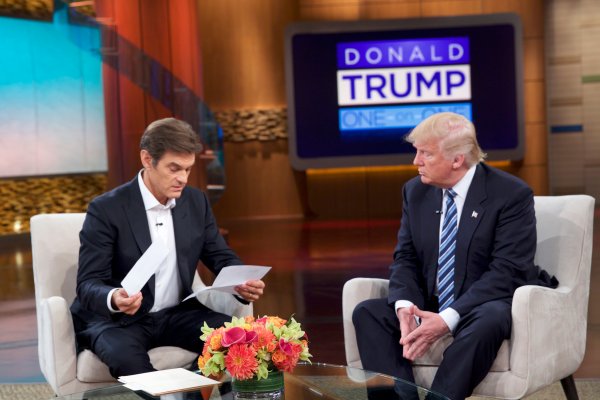