Google Street View Mocked For Blurring the Face of a Cow

The Google street view car in the streets of Brasilia, Brazil, on Sept. 6, 2011.
Pedro Ladeira—AFP/Getty Images
By Suyin Haynes

Google Street View seems to have taken its privacy policy to the next level after an image of a cow with its features blurred emerged.

The image was taken last summer in Cambridge, England, and was discovered by The Guardian’s David Shariatmadari, who highlighted it in a tweet that has been retweeted over 9,000 times.

Google Street View launched in 2007 to provide photographic views of streets and countryside all over the world. Google automatically blurs faces and car licence plates to protect privacy but doesn’t normally protect the anonymity of animals. This case has attracted plenty of attention and jokes and terrible puns on social media.

A spokesperson for Google told the BBC: “We thought you were pulling the udder one when we herd the moos, but it’s clear that our automatic face-blurring technology has been a little overzealous. Of course, we don’t begrudge this cow milking its five minutes of fame.” 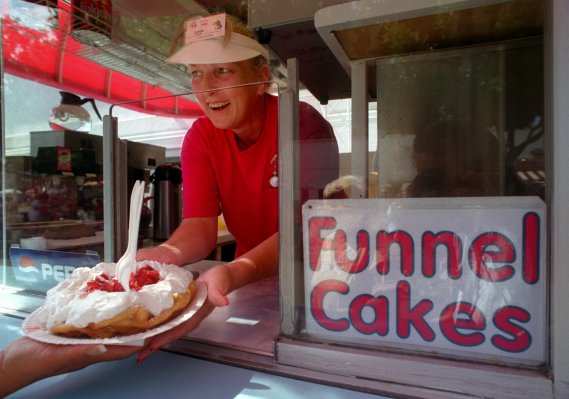 Walmart Is Opening a Restaurant to Serve "State Fair Treats"
Next Up: Editor's Pick