Donald Trump’s economic plan, revealed Thursday in a speech at the Economic Club of New York, calls for 4% growth, which is about double the rate that the U.S. economy is currently growing. Is that even remotely possible, based on what he’s put out there? The answer, in a word, is no.

Trump’s projections of 3.5% to 4% growth under his plan rely largely on something called “dynamic growth projections,” which assume that tax cuts will boost growth. But there has been not a shred of evidence over the last 20 years that they actually have. This is not a bipartisan issue. It’s a simple fact. The tax cuts in 2001 and 2003 under George W. Bush didn’t jump start sustained growth, nor did any of the tax cuts pushed through by President Obama post 2008.

What’s amazing is that anyone still thinks, after 20 years, that they would. Trickle-down economics, which posits that if you cut taxes and let investors keep more of their money they’ll invest it into new businesses, has been broken for some time now. As Warren Buffett frequently says, no entrepreneur ever said “I’m not going to start a great new company because the tax rate in America is too high.” Indeed, the overall GDP growth rate in this country was far higher in the 1950s and 60s when the tax rate was higher too (as taxes have been cut over the last 40 years, levels of start-ups per capita, along with other levels of business dynamism, have fallen).

So why does the myth of trickle down die so hard? Perhaps it’s because it’s so intimately associated with Ronald Reagan, the president that conservatives love to laud. Yet, if you look at Reagan’s own record, it underscores another bit of cognitive dissonance in the Republican message. Reagan cut taxes (though he eventually raised them as well, negating about half of his own cuts), but he failed to cut spending—that’s why the national debt actually tripled under his watch.

Despite his bluster about being a political outsider who’s shaking up his party, Donald Trump is selling the same economic magical thinking that any number of Republicans have over the last 40 years—tax cuts without spending cuts. There’s no magic to what happens with that formula—more debt, at a time when the era of easy monetary policy will likely be ending. As the Fed eventually raises rates, which is quite likely over the next few months, we’ll be entering new territory. Central bankers are out of ammunition to bolster a recovery that is already aging (we’ve technically been in recovery since 2009, and global recessions happen once every eight years). What we need to jump start growth now isn’t tax cuts that lead to unproductive debt that will eventually become more expensive to service over the longer haul. It’s a real fiscal plan for investing in education, infrastructure, worker training, and so forth. That’s what will really make America great again. 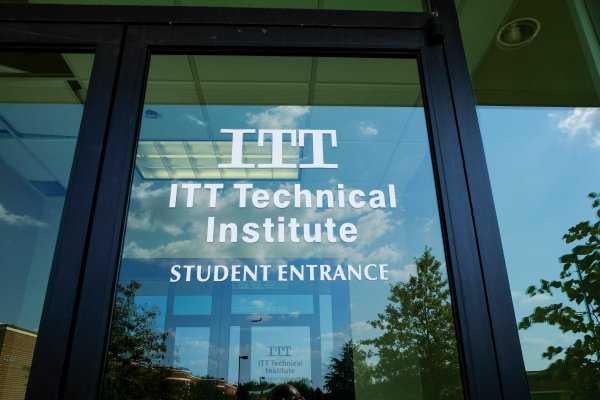 How For-Profit Colleges Could Spark the Next Financial Crisis
Next Up: Editor's Pick