The new documentary Defying the Nazis: The Sharps’ War bears an unusual distinction for filmmaker Ken Burns. It is the first movie to which Burns—who co-directed with Artemis Joukowsky—has lent his name after coming in partway through the process. But, though he watched the work-in-progress just to give a friend a hand, the story was gripping enough that his involvement became much deeper, Burns tells TIME.

And that’s no surprise, once you hear the story: Defying the Nazis traces the path of Waitstill and Martha Sharp, a Unitarian minister and his wife and—not so coincidentally—Joukowsky’s grandparents. In 1939, the couple was dispatched by the church to Europe, where they risked their lives to save others, perhaps most notably when Martha accompanied a boat full of refugee children across dangerous waters to safety in the United States. The film premieres on PBS on Tuesday, as does an exclusive companion piece from LIFE VR and VR Playhouse, which allows users to experience that journey on board a virtual-reality recreation of Excambion, the ship that brought them across the Atlantic.

Here, Burns talks to TIME about how people can change history and why the Sharps’ story resonates today.

What attracted you to this story?

What drew me is three things. This is a story of sacrifice and its cost, and therefore it raises existential questions. This is a flabbergasting story, a middle-class Unitarian minister and his wife, in the comfort of Wellesley, Mass., leave their children with the congregation and go to Europe on the eve of the war and get Jews and other refugees out. It’s a phenomenal transformation.

The second thing is that this is about potentiality. When you meet the people whose lives they saved, and what they did with those lives, you begin to realize that that opaque “6 million” figure of the Holocaust is just a number. But then when you see what individuals who were saved became, then you realize that that 6 million people represent a huge loss of human potentiality, and that’s what drew me. So, like an amputated limb that you feel long after it’s gone—it itches, it hurts, you feel like it’s still there, a phantom ghost—those 6 million, I hope, will always continue to haunt us.

And then finally it’s about resonance. We are in this refugee crisis right now, and it speaks to the present day. So this is the story firing on all cylinders. This is a small, tiny story. But in the same way, the mechanism of an atom looks very much like the mechanism of a solar system.

A phrase that stood out to me early in the film, that it seemed like a big Unitarian conviction in general, was that human beings can make a difference. You’ve spent so much time with history. What are your thoughts on that? Can an individual change history?

Absolutely. Of course the history of the last 75 years has been suggesting other things—A Marxist, economic determinist view; a Freudian view; semiotics; deconstruction; post-modernism; all of that. But I think we human beings all come back to story, and most of those stories lead to the lives of other people.

So many of the people in this film were children when it happened, which will increasingly become the case for anything about the early 20th century. What do you find to be the difference in working with people who are remembering their childhoods, versus remembering things that happened as adults?

What I found coming off of the film I did on World War II and the film that I did after that on the Dust Bowl is that, I suddenly realized, all these 80-year-old and 90-year-old people that I interviewed were actually children. I wasn’t interviewing old people. I was interviewing children. The same is true for the team that did these interviews here. And if you think back to your own childhood, when your parents were ecstatically happy, you remember that. When they’re scared, you remember that even more. I remember that from my own childhood. My mother was dying of cancer for 10 years and I could read it on their faces. It imprinted on me.

There’s that poignant comment that Jeanne Theis-Whitaker [one of the rescued individuals] says, which is that perhaps you think that you hugging your kids tighter will save them, but in fact sometimes that imperils them. I find children’s recollections unusually accurate with regards to hard times. Cutting across the Dust Bowl film, everybody said the same thing. After a while you realize nobody’s making this stuff up. These are kids who accurately received and understood what was going on. They may not have seen the bigger adult picture but they understood the fundamental threat to their parents, to their livelihoods and to their own lives.

There’s some mention in the film of the destruction of documents in Prague when the Nazis invaded. How did that affect the research?

What Artemis found after his grandmother died — and Artemis’ grandmother is Martha Sharp — was 14 boxes that showed records of saving hundreds of people. They tracked, with the help of the Holocaust Museum in Washington D.C., as many individuals as they could find. Every film that we make is a wonderful detective story and one of the things that drew me was how much legwork [had already been done]. I mean, Artemis adopted this project when he was 14 years old. He was in the ninth grade and a teacher said, please write a report on somebody with moral courage, and he asked his mom and his mom, still smarting and hurting from the abandonment [of when her parents left for Europe], for the first time in his life said, well, go talk to your grandmother, she did some cool things in World War II. This has been a lifelong project for him. He’s hired private detectives to find these people. Just the making of the film has flushed out more people and the broadcast of the film will bring in more. We’ll learn about more Americans who saved people in the Holocaust and that will just enrich and expand our story.

That must be a big advantage of working with someone who has a personal relationship to the story.

It was a blessing. But he also was too close to it in some respects. What I could bring was how to restructure it, how to tell it.

I can see how that distance would help. This is a film where the bulk of World War II is a montage. There’s so much you have to choose to exclude.

I had to go through and say, look, you just jumped from 1941 to 1945. I need to actually say, however voicelessly, ‘something happens then.’

How do you see film and VR working together? What do you think VR can bring to stories about and from history?

You’re talking to an old guy, and I’m very anxious that the technological tail doesn’t wag the dog, but I have come around in so many ways. The VR is a wonderful thing. Eventually it will put me out of business but hopefully I’ll be long gone. 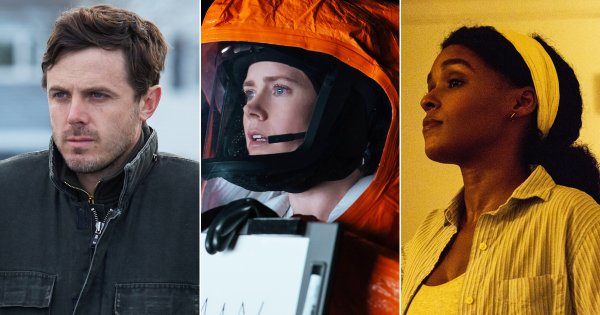 The Movies You Should See This Fall
Next Up: Editor's Pick