Reggy Colby, age 30 and a recovering heroin addict, walks down the street, on Aug. 21, 2013 in Camden, NJ.
Andrew Burton—Getty Images
By Josh Sanburn

Heroin-related overdoses have almost quadrupled over the last decade in the U.S., leading to more than 10,000 deaths in 2014 alone. And in the last few weeks, it’s only gotten worse. Fentanyl and carfentanil, two powerful synthetic opiates, have been linked to a string of overdoses in the Midwest and Appalachia that local officials say are unprecedented even for areas that have long battled drug addiction. An estimated 300 overdoses since August have been linked to the opiates, including in Ohio’s Hamilton County, which saw 208 overdoses between Aug. 15 and Sept. 4, according to the Drug Enforcement Administration. So far at least eight deaths have been linked to carfentanil, which is so potent that just a few granules the size of table salt can be lethal.

Law enforcement has responded by cracking down on drug traffickers to cut off supplies of heroin and synthetics. But beyond the typical law-and-order response, some areas are taking unique approaches to battle drug addiction. Here’s a look at what cities are trying across the U.S. and beyond:

The idea: Supervised injection centers where addicts can use a small amount of heroin in a safe environment. Others allow users who are already high to visit as an alternative to being on the street. Advocates say it will keep users alive and potentially open the door to treatment.

The challenges: Safe-injection sites have been in Europe and Canada for years but have only been proposed in a few U.S. cities, including Ithaca, N.Y., and Seattle. The idea has received significant backlash from lawmakers who say it would essentially provide a government-endorsed site to abuse drugs.

The idea: A similar approach to providing safe-injection sites, this strategy gives doctors the ability to prescribe small amounts of heroin to those who have a chronic dependency. Earlier this week, the Canadian government approved new drug regulations allowing doctors access to a pharmaceutical-grade heroin that could be given to addicts when “traditional options have been tried and proven ineffective.”

The challenge: Opponents say the government is not only endorsing the use of an illegal drug but doing nothing to help people actually break their addiction. Critics believe that methadone clinics, which have been used for years to help those who are addicted, would be a safer alternative.

The idea: Increase the number of treatment facilities that offer medications like buprenorphine, known by its brand name Suboxone, which can ease withdrawal symptoms and suppress the cravings for opioids. The Obama administration has expanded access to these treatment centers, increasing the number of patients each physician can treat with buprenorphine from 100 to 275.

The challenge: Opponents say these centers foster “government-sponsored addiction” that merely move addicts from one drug to another and argue that addicts aren’t being treated if they’re simply addicted to another drug.

The idea: Allow anyone access to naloxone, a medication that blocks the effects of an opioid overdose. The nasal spray has been widely used by emergency responders to revive heroin users. Leana Wen, Baltimore’s health commissioner, issued a standing order last year allowing any city resident the ability to access the drug. Her office also conducted naloxone training for inmates and drug users.

The challenge: Some say the widespread use of naloxone encourages drug use and doesn’t address addiction itself. But it may be the cost of the drug that is the biggest challenge. Naloxone has increased from about $20 to $40 per dose in the last year, up from $1 a decade ago.

The idea: Legalize marijuana as a heroin treatment because it help people shed their addiction. Supporters point to a study in the Journal of Pain showing those suffering from chronic pain reduced their use of prescribed opiates by using medical marijuana. Doctors in Massachusetts and California are currently using marijuana as a potential treatment.

The challenge: There are few studies showing the efficacy of using cannabis to break an opiate addiction. Many of the states with the worst opiate addictions, including Kentucky and West Virginia, don’t appear close to legalizing medical marijuana for any condition.

The idea: Police should look to push non-violent drug offenders into treatment rather than throw them in jail. A number of police departments in Huntington, W. Va., Santa Fe, N.M., Seattle, and Gloucester, Mass., have invited heroin addicts to come to them for guidance regarding treatment as part of a program called Law Enforcement Assisted Diversion.

The challenge: Opponents say police should be more concerned about cracking down on dealers and drug supplies making their way to U.S. cities. They say police are already stretched thin and shouldn’t have to worry about getting drug abusers into treatment. 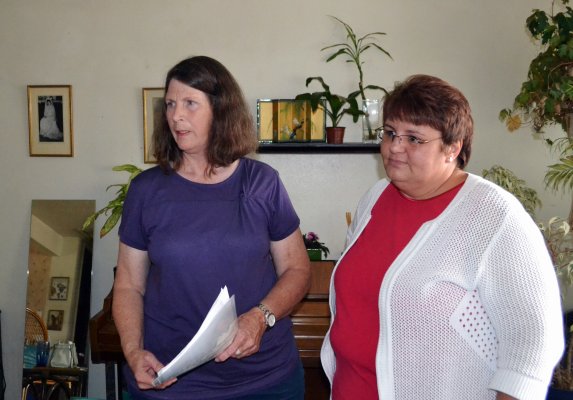 Americans Who Died Fighting ISIS in Syria Return Home
Next Up: Editor's Pick