How Donald Trump Is Trying to Win Over Women Voters

Women hold up their babies festooned for Republican Presidential nominee Donald Trump as he speaks at a campaign rally in Mechanicsburg, on August 1, 2016.
John Moore—Getty Images
By Charlotte Alter

In an attempt to chip away at Hillary Clinton’s double-digit lead with women voters, Donald Trump is ditching some aspects of GOP orthodoxy and embracing feminist stances on contraception, child care and paid leave.

The shift came this week as Trump took advantage of Clinton’s sick days to highlight positions that are either contrary to the Republican platform or else not mentioned.

On Tuesday, Trump outlined a child care plan that would rewrite the tax code to allow families to deduct the cost of child care from their income taxes, making him the first Republican and first male presidential candidate to devote an entire speech to the issue.

Trump’s plan also includes six weeks of paid maternity leave, putting him at odds with many other Republicans, who have tended to stay mum on the idea. (Clinton’s plan mandates 12 weeks of paid leave for both parents.)

In announcing his plan, Trump said that his opponent “has no child care plan,” which is false. Clinton has fought for early childhood education over her entire career, released a comprehensive plan for affordable child care in May and regularly highlights the importance of quality, affordable child care in her stump speech. He also claimed he provides family leave and child care to his own employees, though that claim could not be verified.

During an appearance on the Dr. Oz Show Thursday, Trump said that he he believes birth control pills should be available without a prescription, a position that is contrary to the GOP platform, which opposes over-the-counter birth control on the grounds that it “threatens women’s health.” (The platform says nothing about child care or paid maternity leave.)

Even as he adopted these positions, Trump stuck to his campaign’s opposition to abortion, announcing the formation of a new Pro-Life Coalition, which will be led by Marjorie Dannenfelser of Susan B. Anthony List, a major pro-life political organization. In a letter Friday announcing the appointment, Trump said he would commit to appointing pro-life Supreme Court justices and defunding Planned Parenthood.

Trump’s clear goal is to reduce Clinton’s lead among women voters, which was nearly 20 points in a Sept. 14 Quinnipiac poll. But that will be hard to do on policy proposals alone. Clinton is not just the first female presidential nominee of a major party, but has also made women’s issues a centerpiece of her campaign.

Planned Parenthood made its first-ever primary endorsement of Clinton because of her “lifelong” commitment to reproductive rights. She’s been a longtime advocate for early education and she was the first presidential candidate to make affordable child care and paid family leave (for both genders) a campaign priority.

To counter the advantage, Trump has picked his issues carefully. Child care, paid maternity leave and over-the-counter birth control are “women’s issues,” but they’re not as controversial within the Republican Party as supporting the right to abortion, which Trump backed in interviews until 2011. Considering that 59% of Republicans and 37% of Independent voters say they think abortion should be illegal in all or most cases, according to a 2016 Pew survey, Trump has to stay on the right side of that issue in order to avoid alienating conservatives.

That means Trump can safely embrace child care and paid leave without alienating too much of the conservative base. Other Republicans have advocated for over-the-counter birth control without disastrous political consequences: then-Louisiana governor Bobby Jindal endorsed it in a 2011 op-ed in the Wall Street Journal, and Colorado Republican Cory Gardner embraced easy birth control access in his successful 2014 Senate bid.

So the new embrace of child care and contraception can be seen as a clever pivot to appeal to women without alienating hardcore conservatives, one likely influenced by his daughter Ivanka and his new campaign manager Kellyanne Conway. And it puts Trump on more solid footing to defend himself against charges of misogyny, especially since Democratic Super-PACs have already started running ads about unflattering comments Trump has made about women in the past.

With just weeks until Election Day, Trump has little time left to make his case to women voters, however. 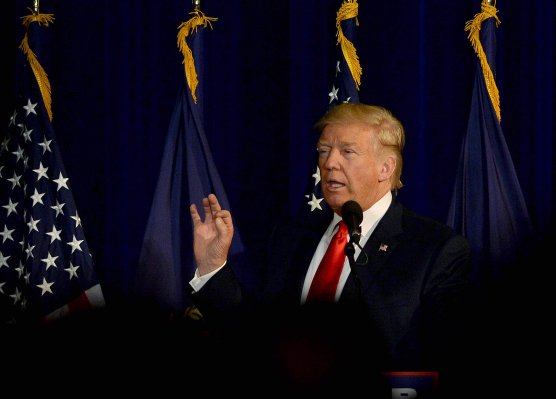 Donald Trump Finally Admits President Obama Was Born in the United States
Next Up: Editor's Pick