Donald Trump’s interview about his health on The Dr. Oz Show aired Thursday, during which the Republican nominee said that the act of speaking during campaign events in what he described as hot rooms is often a “pretty healthy act.”

“I think when you’re running for president, I think you have an obligation to be healthy,” he said during the hour-long interview with Dr. Mehmet Oz about his personal health and his plans for health-care policy in the U.S. if he wins the election. “I just don’t think you can do the work if you’re not healthy.”

Trump released a letter from his doctor on Thursday saying he is “in excellent health,” though he is somewhat overweight. According to his physician, Trump weighs 236 pounds and stands at 6 feet 3 inches, giving him a BMI of 29.5, which is overweight according to the National Institutes of Health calculator.

Shifting away from Trump’s personal health, Oz questioned the Republican nominee over his ideas on healthcare plans. Trump bashed Obamacare in his response, saying “premiums are through the roof.” Regarding his own plan, Trump offered little detail but said he wants to help people who need healthcare “through the Medicaid system.”

Oz also asked Trump about his treatment of women, questioning whether the Republican nominee regrets making sexist comments in the past. Trump said he respects women, and that if he had known he would get involved in politics, he would not have gone on Howard Stern’s radio show. Trump made many degrading comments toward women throughout several appearances on Stern’s show before he launched his presidential campaign. “If I ever thought I was running for president, I wouldn’t have done the show,” Trump told Oz. “Or I would have given boring answers.”

Ivanka Trump appeared for a portion of the interview, during which she addressed her father’s childcare plan and defended his treatment of women.

Oz’s show has previously faced scrutiny over the legitimacy of the medical advice he touts. According to a 2014 report, viewers approach Oz’s medical recommendations with skepticism. Oz has repeatedly defended himself against such questioning, including in a 2015 TIME op-ed. 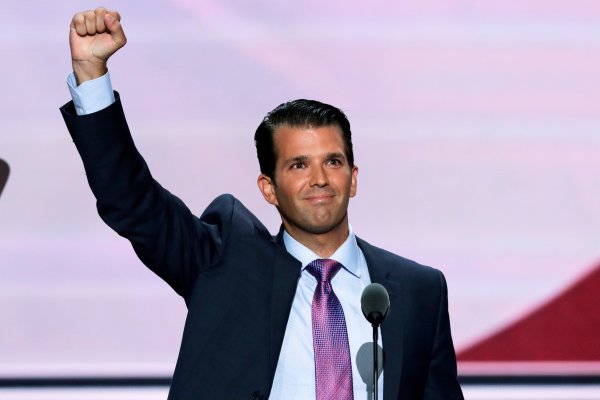